The ban didn’t sit well with Tacha who had flown into the state to lead an EndSARS protest. 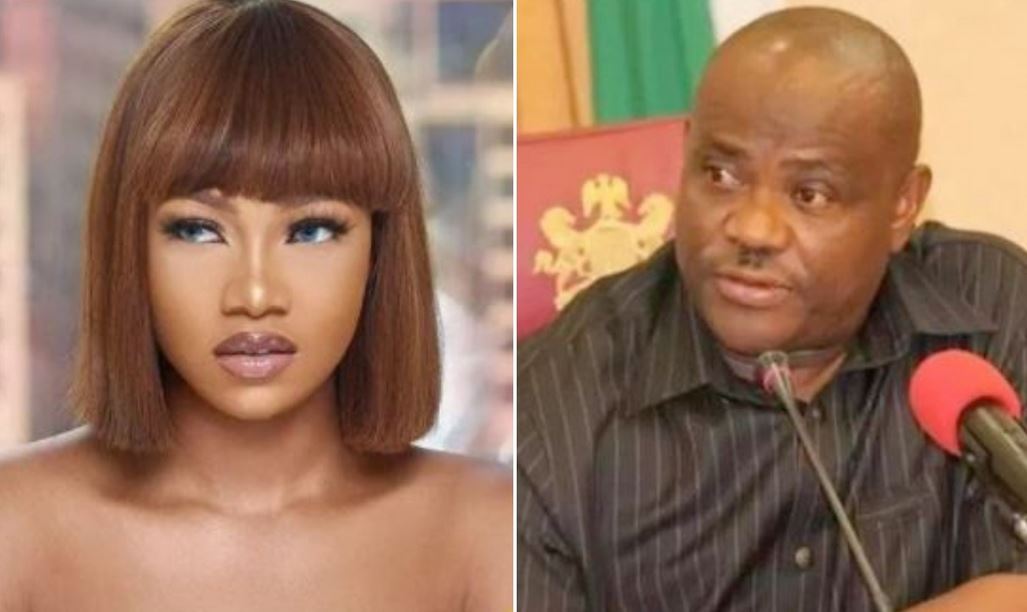 Governor Nyesom Wike had through his Commissioner of Information, Paulinus Nsirim, announced that defaulters will be arrested and prosecuted.

The announcement didn’t sit well with Tacha who had flown into the state to lead an EndSARS protest.

“With all Due respect your Excellency, you are a lawyer and I believe you know better, this is a DEMOCRACY SYSTEM and Rivers State belongs to all the Daughters and Sons of the state. It is our RIGHT TO PEACEFULLY PROTEST AGAINST POLICE BRUTALITY. Every CITIZEN has a RIGHT to PEACEFULLY PROTEST.

Gov. Wike Sons and Daughters of RIVERS STATE STOOD THROUGH THE NIGHT TO DEFEND OUR VOTES FOR YOU! only for you to DEPRIVE US OF OUR RIGHT TO PEACEFULLY PROTEST".

IT IS MY DUTY and the DUTY of every NIGERIAN to FIGHT for our BASIC HUMAN RIGHTS! We do not deserve to be OPPRESSED!!”

Tacha later announced that the protest has been cancelled.