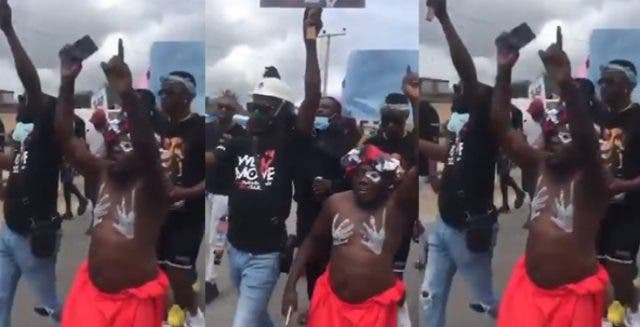 Native doctor joins protest in Delta
A native doctor has joined thousands of Nigerians to protest against the menace called the Special Anti-robbery Squad of the Nigeria police and the newly introduced Special Weapons And Tactics (SWAT).
In a video shared online, the native doctor could be seen in Delta state chanting 'End SWAT in Jesus name'.
The protesters were seen marching in Warri, calling for the disbandment of the newly formed Special Weapons And Tactics, SWAT, a replacement of the dissolved Special Anti-Robbery Squad, SARS unit of the Nigeria police force. 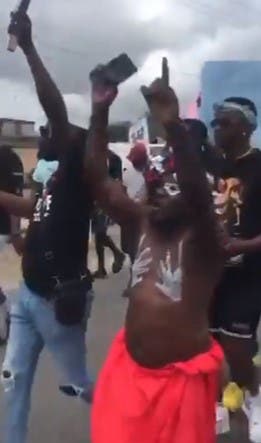 The native doctor led the protesting with chants as they marched through streets of Delta. 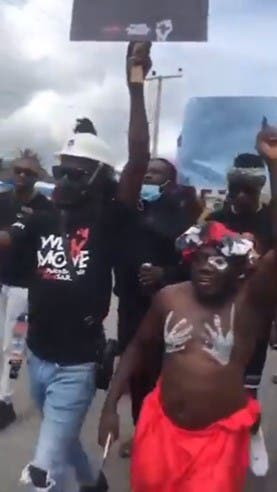