Thugs who attacked #EndSARS protesters were reportedly hired and sent by MC Oluomo. 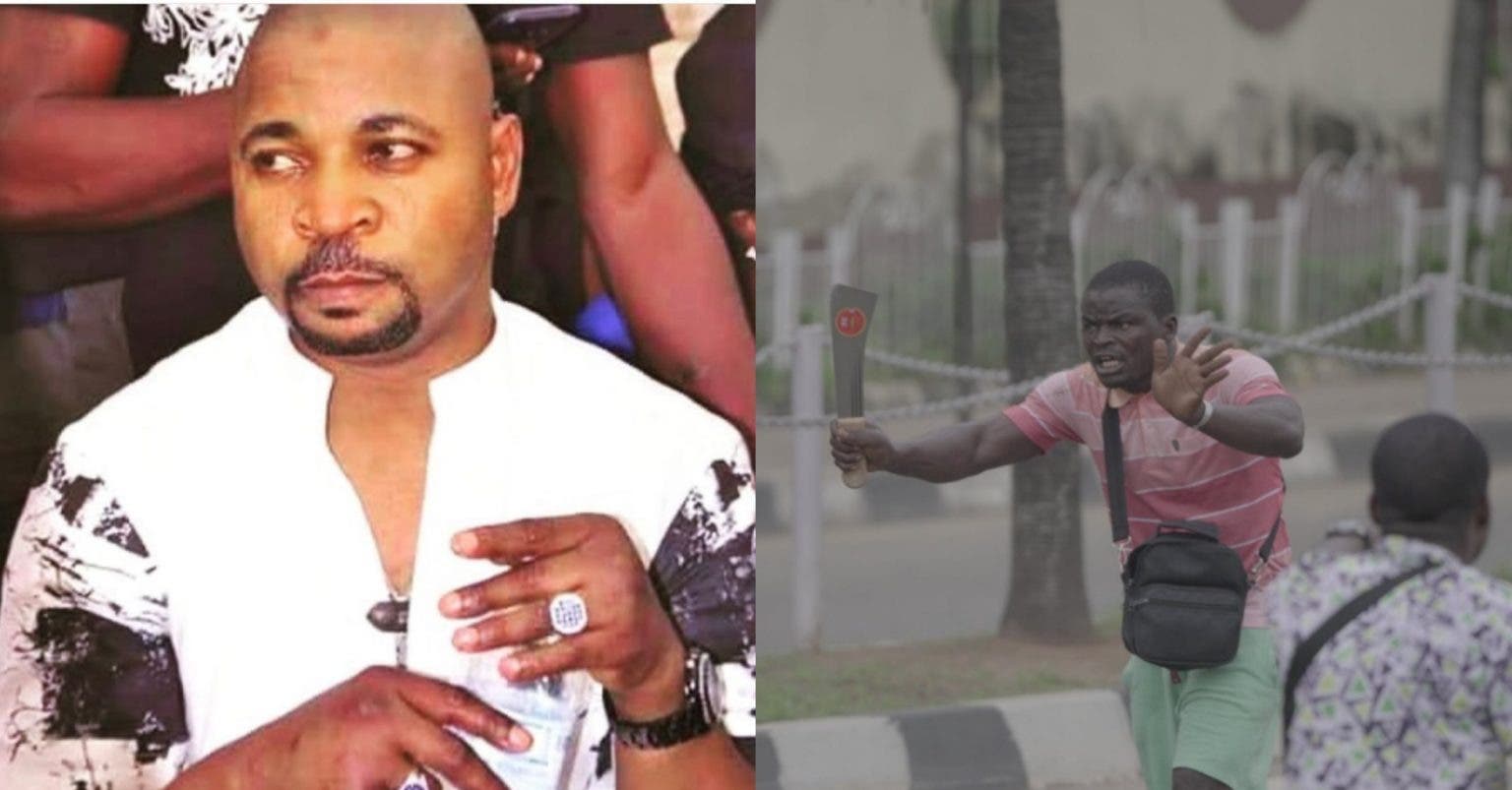 MC Oluomo accused of hiring thugs to attack #EndSARS protesters
MC Oluomo has been accused of hiring armed thugs who attacked #EndSARS protesters today.
Oluomo is the leader of the Nigerian Union of Road Transport Workers (NURTW) Lagos chapter.
Recall that armed thugs were caught on tape disembarking from a BRT bus before attacking protesters.
The hoodlums charged at the protesters, brandishing weapons to disperse the protesters at Alausa, Ikeja.
They were said to have arrived at the protest on a bus with serial number 240171.
However, some of the Twitter users who are also calling for an end to the controversial unit of the police force, alleged that the hoodlums were sponsored by MC Oluomo.
See some of the tweets below:

I heard MC Oluomo has deployed thugs to disrupt #AlausaProtest. This is the evil Tinubu has caused. After #EndSWAT we'll move to End NURTW. Rubbish & ingredient.

Let's take note of the serial number of the bus (240171) that conveyed thugs to disrupt the #AlausaProtest. The owner will shalaye later.

We are more than them.

MC Oluomo and Baba Alado sent thugs to Alausa. They came in Lagos State owned BRT buses and the Nigerian Police refused to stop them!!

Evidence of the Nigerian Police standing by and doing nothing while thugs attacked peaceful protesters.

They were even protecting the thugs.

Please RT for the world to see what MC Oluomo, Baba Alado and the govt are doing to us.#AlausaProtest #EndSWAT #EndSarsNow #EndSARS pic.twitter.com/hq0yHi5Xam

You are wretched, stark illiterate and they have given you 2k to fight peaceful #EndSWAT protesters.

If you know this face blow the Alarm! ...He must confess, he must reveal who sent him

a close up of one of the Thugs at the #AlausaProtest let this go viral!!! Social Media is our power#EndSARS #EndSWAT #EndNASSpay

Despite the fact that MC Oluomo n Baba Alado sent thugs to Alausa to sabotage us this morning, We are back in numbers they can't stop us, Rt let keep the energy going 💪💪#AlausaProtest #EndSWAT
pic.twitter.com/1kvSSgmfc1

This is one of the thugs that attacked protesters.

Adagun Osha is the name one of the thugs that disrupted #AlausaProtest... His picture was taken by one of the protesters! Rt this let's make him famous!!! #EndSWAT pic.twitter.com/SRSpPMA47D

Mc Oluomo’s kids are abroad schooling, their future is secured but he wants to spoil the future of over 50 million Nigerian youths. My GOD will Judge him!!!! #EndSWAT #AlausaProtest pic.twitter.com/Gn6EBzb5YK

Hold Sanwoolu responsible if any harm comes to the protesters in Alausa, Lagos. Hold him responsible, not MC Oluomo, not Ahmed Bola Tinubu. Lagos State has one CSO, and that's Sanwoolu. #EndSARS #Anonymous #EndSARSImmediately #AlausaProtest #EndSWAT

NURTW people are already at #AlausaProtest to disrupt protest. They are carrying guns, cutlasses.
Pls, I just escape from there now...pls
Are this Mc Oluomo boys??

Someone just posted this, pls retweet to warn others and confirm if it’s true...#Anonymous