The woman has been rushed to the hospital after she and her under-aged daughter were physically assaulted by her husband. 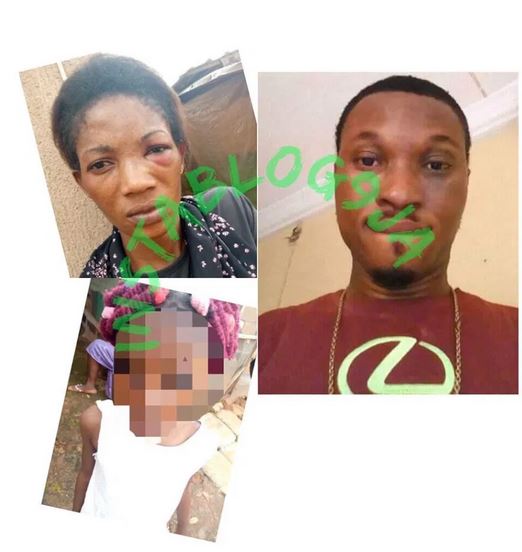 A woman identified as Rita Odo has raised alarm after her husband Chiwike Dike Victor aka Prince Oyee mercilessly beat her and her 5yr old daughter at their home in Ibusa, Delta State.

According to a source, the incident happened on Wednesday, October 14,2020 in the evening . “The husband is a musician and works at her shop where she sells drinks .

They had a misunderstanding because she refused to sell to a customer. He punched her, beat her and the daughter and locked them outside.

She and her daughter slept in front of the shop overnight . He returned the following morning and took all her money and the recharge cards she sells to support herself and left.

She reported to the nearest police station but was allegedly asked to drop some money which she didn’t have to arrest her husband . She said this isn’t the first time he assaults her in front of their daughter.However, she has since been rushed to the hospital to receive medical attention while pleading that the relevant authorities come to her aid.”