The youths gathered at the IBB Square, Makurdi, and marched around some major streets of the state capital. 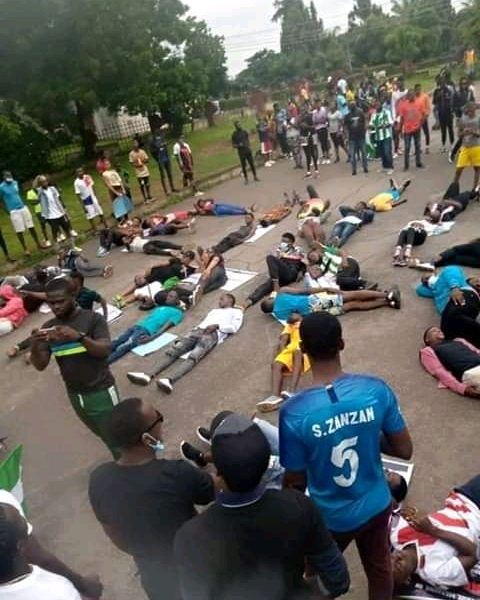 The youths on Saturday trooped to the streets of Makurdi, the state capital, to join the #EndSARS protests ongoing in the different parts of the country.

The youths gathered at the IBB Square, Makurdi, and marched around some major streets of the state capital.

The youths also marched to Tito Gate and passed through the Railway Market before heading to the Police Headquarters.

They were heard chanting solidarity songs while they disrupted traffic flow as they marched on. 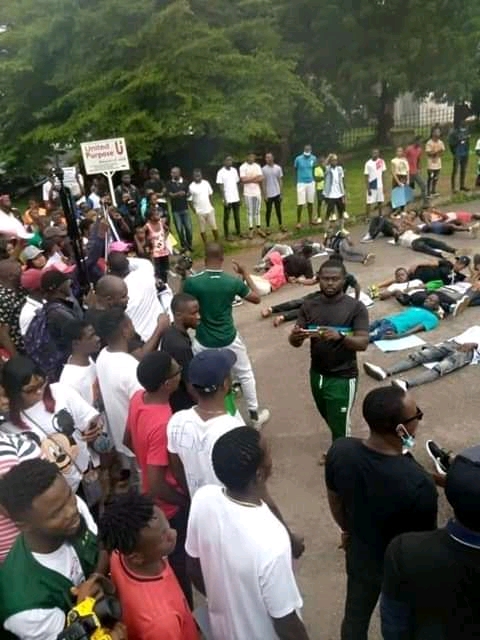 The youths also carried placards with various inscriptions such as; “End Police brutality”, “The Service Chiefs must go”, “Restructure Nigeria” and “Give us jobs”.

Other inscriptions read, “We deserve better”, “Secure Nigeria” and “Fix Nigeria” among others.

The #EndSARS protests have been taking place across major cities in the country with youths demanding an end to police brutality and killings.

Major highways across the country have been blocked thereby grounding economic activities.