Lagos state governor, Babajide Sanwo-Olu has claimed that there was no fatality recorded. 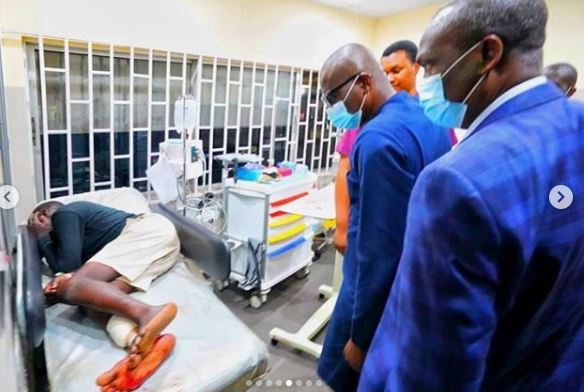 Despite video evidence, Lagos state governor, Babajide Sanwo Olu has stated that there was no casualty after the Nigerian army attacked unarmed protesters at the Lekki Tollgate last night.

There have been ongoing protests in Nigeria over two weeks with citizens agitating for the scrapping of the Special Anti-Robbery Squad, over flagrant disregard of their human right.

However, that took a grief-stricken turn in Lekki, Lagos state on Tuesday night as defenceless protesters were gunned down by soldiers, following an alleged order by the Lagos state government to security forces to crackdown on defaulters of a hastily imposed restriction.

The shooting led to the death of several people as many were also injured.

Security operatives had stormed the scene of the protest after the Lagos Government announced a 24-hour curfew and opened fire, with the intent to kill many people.

As many turned up to social media to share the Live video clips of the tragic incident, many people could be seen with various degrees of injuries. The scale of the damage could not be ascertained.

The Nigerian Army has come out to deny involvement in the attacks, despite LIVE video evidences, and now the Lagos state governor, Babajide Sanwo-Olu has claimed that there was no fatality recorded.

He made this known during a live broadcast which was aired on Channels TV.

His claims has left many Nigerians in more shock, at they express displeasure at the level of deception by the Nigerian government.