While she admits that Nigerian men are a loving bunch, she, however, said they rely heavily on their medicine. 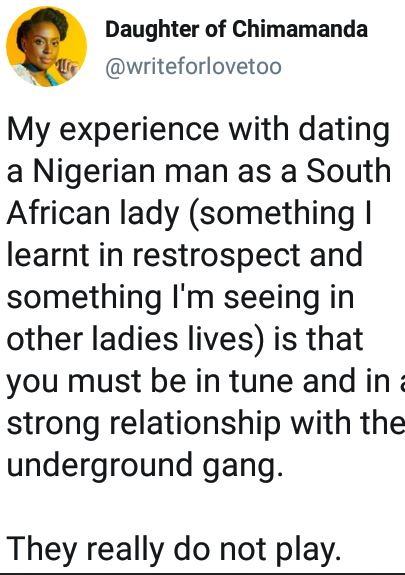 Taking to Twitter, a South African woman has opened up about her experience after she dated a Nigerian man.

While she admits that Nigerian men are 'a loving bunch' she, however, said they rely heavily on their "medicine"

"A very loving bunch that lot but it's not just just. They rely heavily on their medicine and if you are not relying on anything shame" she wrote.

She also claimed that she dated a Yoruba man who used her underwear for money ritual.

"I dated a man who would take my underwear to sacrifice it for getting riches (this came up after we broke up) I visited one day and found a belong of mine laced in a muti-like substance wrapped in a plastic bag (I stumbled upon that and really believe my guides sent me to see it)" she wrote. 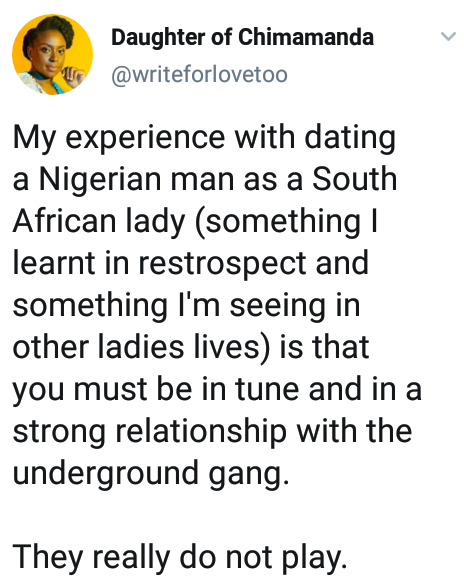 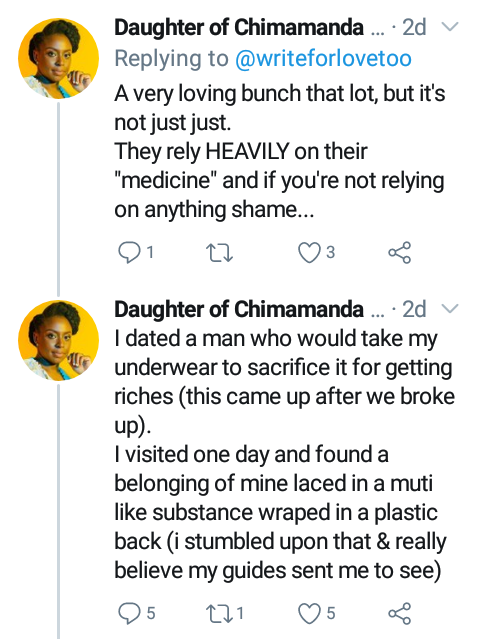 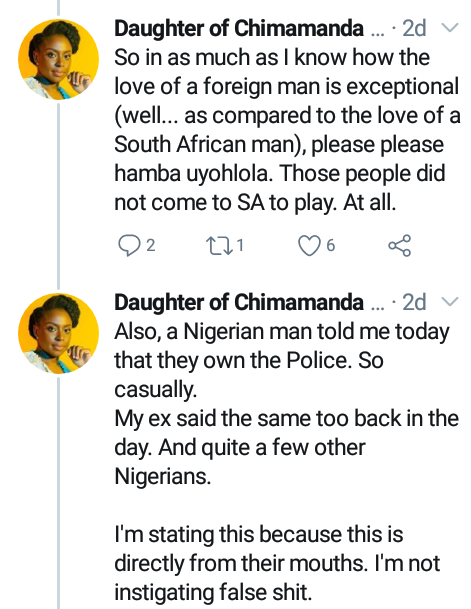 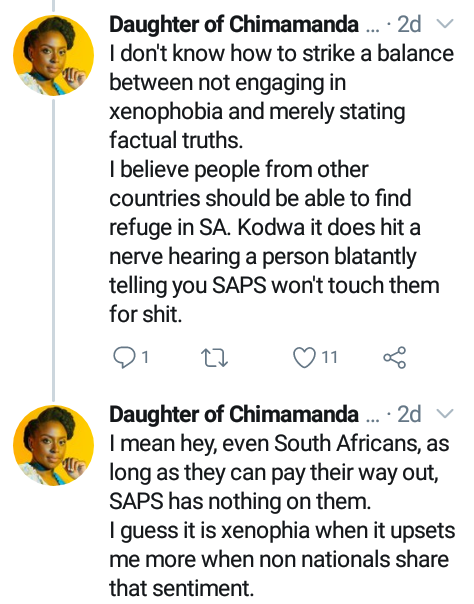 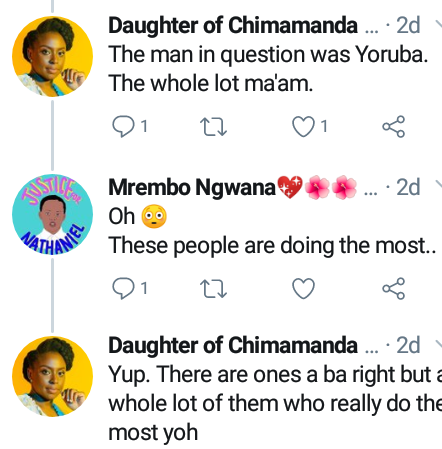