Twitter users have shown mega love to a woman whose husband is dire need of a kidney transplant. 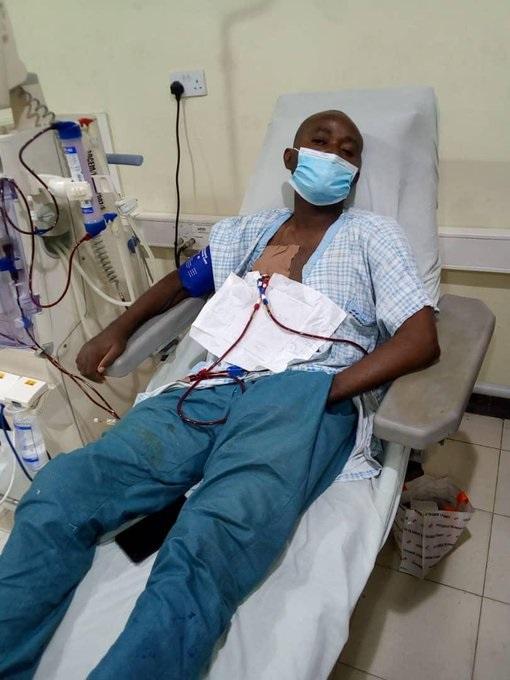 The woman's husband was bedridden and in dire need of kidney tranplant
Kindhearted Nigerians on Twitter have raised a woman's hope in humanity after raising over N2.5 million for her husband's kidney transplant.
It was gathered that the woman, Lateefah Ahmed-Ibrahim who couldn't believe it had asked for help for her ailing husband who is in dire need of a kidney transplant to be alive without knowing that she was going to be surprised.
In under 12 hours of asking for donations through the social media platform, Twitter, Nigerians came out in numbers to support the family in other to meet their financially goal and save Lateffah’s husband.
Read her full story below:
Meet my loving husband, Ibrahim Ahmed. We got married in 2017 and welcomed our adorable daughter into the world in 2019.
A very strong, hardworking, prayerful husband, “my guy” who shares big plans for the future with me. Life had been great with us until January 2020, when a twist in life (which) changed the course of our lives started.
My Sunshine, fell sick & was diagnosed with typhoid after some tests at the hospital (which happens to be his regular illness). He was administered drugs and some drips and got back on his feet.Before the end of the 2nd week in January 2020, he said he had to go for his check up and asked that I skip work and go with him.
Because of the tone of his request, I had to seek permission from work to go with him to the hospital. After his normal routine checks…he was confirmed fine although he complained about having an unusual blurry vision. He was seen by an optician who then referred him to LASUTH for further management and investigations. We had to go through the hassle of LASUTH, the long queue and delays.
We decided to go for the recommended scan before our turn to see the eye specialist. After the scan, he asked to rest a little before going downstairs for the results, he was so tired.
What happened after getting the results is one I will never forget quickly in my life.😭😭My hubby slumped & stopped breathing, he was unconscious. I screamed for help and the nurses & doctors ran to my rescue.
They tried all their first aid skills, he still didn’t respond. Then, someone brought in an oxygen stand with the pipe/hose but the oxygen refused to diffuse.(open up) & this is how my world began to spin fast. I couldn’t stop screaming after I saw the doctors and nurses giving each other that awkward look & one of them said ‘madam, we’re sorry but he’s not responding to anything’.
At this point, all I could think of was my daughter.At this point, all I could think of was my daughter and how she may never remember who her wonderful father was. In a flash I snapped back to reality, saying God forbid and so I started pinching, slapping and hitting him all over, non stop then God heard me,….

I heard my husband sneeze but no one believed. I kept trying again but he didn’t flinch and I was beginning to doubt he ever sneezed but I didnt stop shaking him vigorously and shouting Ademi (meaning my crown) but still no response.
I had cried my eyes out buy my God who isn’t wicked heard my cry and he sneezed again, this time, about four times for everyone to hear it.
Luckily there was an ambulance close by so we were rushed to the emergency unit and escorted by 2 nurses, God bless them immensely amen Folded hands. He was still just starring didn’t blink or speak as much as I kept repeating his names. Then, I called our families.
On getting to the ER, we were still informed there were no vacant beds and so a doctor referred us to Gbagada General. I took my husband in a cab with his elder sister and a friend of his
We got to Gbagada General and were met with the same frustrating story of no bed then we were referred again to LUTH, Idi Araba.
We rushed to LUTH but on getting there, we were told the same thing, no bed space at the emergency unit. 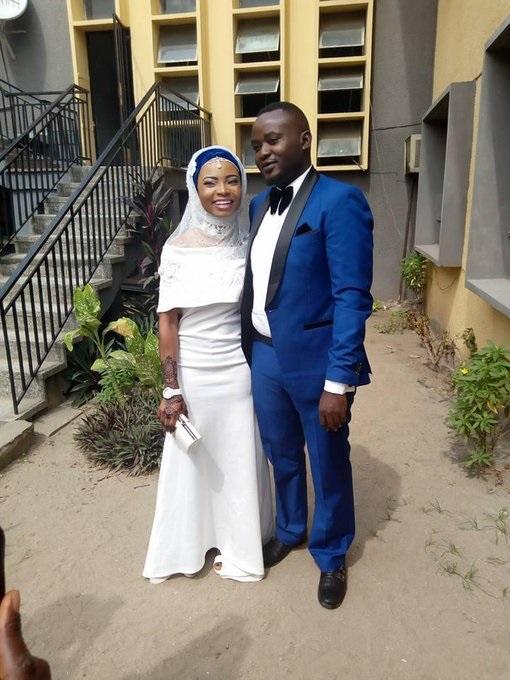 I fell down crying and screaming a doctor who was on her way home, looked back and approached me (I don’t remember her name but wherever she is, may God bless her bountifully amen Folded hands).
She help us secure a bed space and at this time, my hubby was still just starring like a new born trying to figure out things.
After all the blood tests and scans, he was seen by a nephrologist, who later informed us he’d need to undergo few dialysis sessions to be fine.
We started out, believing it was just a few, until April, COVID-19 came & he was denied treatment from several hospitals due to fear of the pandemic which led to him having a very high blood pressure for missing dialysis. So far, he has had about 40 dialysis and had to undergo a neck surgery at some point.
Recently the doctor broke the sad news that he would require a kidney transplant done ASAP to save his life Loudly crying faceLoudly crying face
I have no one to run to again, we need N16 million for it. My daughter is just 1yr old & I have to be brave for both of them.
Pls I beg you, help save my husband’s life pls. Bank Account details 2155604780 – Ibrahim Ahmed (UBA).
My husband has beaten so many odds and I have faith that with God and you, his life WILL be saved.
Pls donate http://gf.me/u/y5vsn4 , retweet, share and do anything you can to help me please.
Thank you and God bless you.I’m overwhelmed!! I can’t believe this, we have gotten about N900K so far! Thank you so much. Ya Allah! Alhamdulilahi!!!
Yes, we can do this!! have been in tears reading through all your prayers. I might not be able to respond to everyone or pick every call but please know that my family sincerely appreciate the love we are getting.
Right now, we have received 2 million 20 thousand naira N2,020,000 Gob bless you, AmenWe have $1,087 on GoFundMe too. This is so much God. Ya Allah, Ya Rahman, Ya Razaq, Ya Jabar, Ya Qoyyum, Ya Afiz, Ya Muheen, Ya Wa’dud, Ya Semiu, Ya Lateef Palms up togetherPalms up togetherI will forever praise your Holy name and never will I loose faith in you ever!
See her post below:

Meet my loving husband, Ibrahim Ahmed. We got married in 2017 and welcomed our adorable daughter into the world in 2019.

A very strong, hardworking, prayerful husband, "my guy" who shares big plans for the future with me.

Life had been great with us until ..... pic.twitter.com/64ut6KijaC