Hollywood star and comedian, Kevin Hart has been left shocked after seeing photo of his lookalike from Zambia. 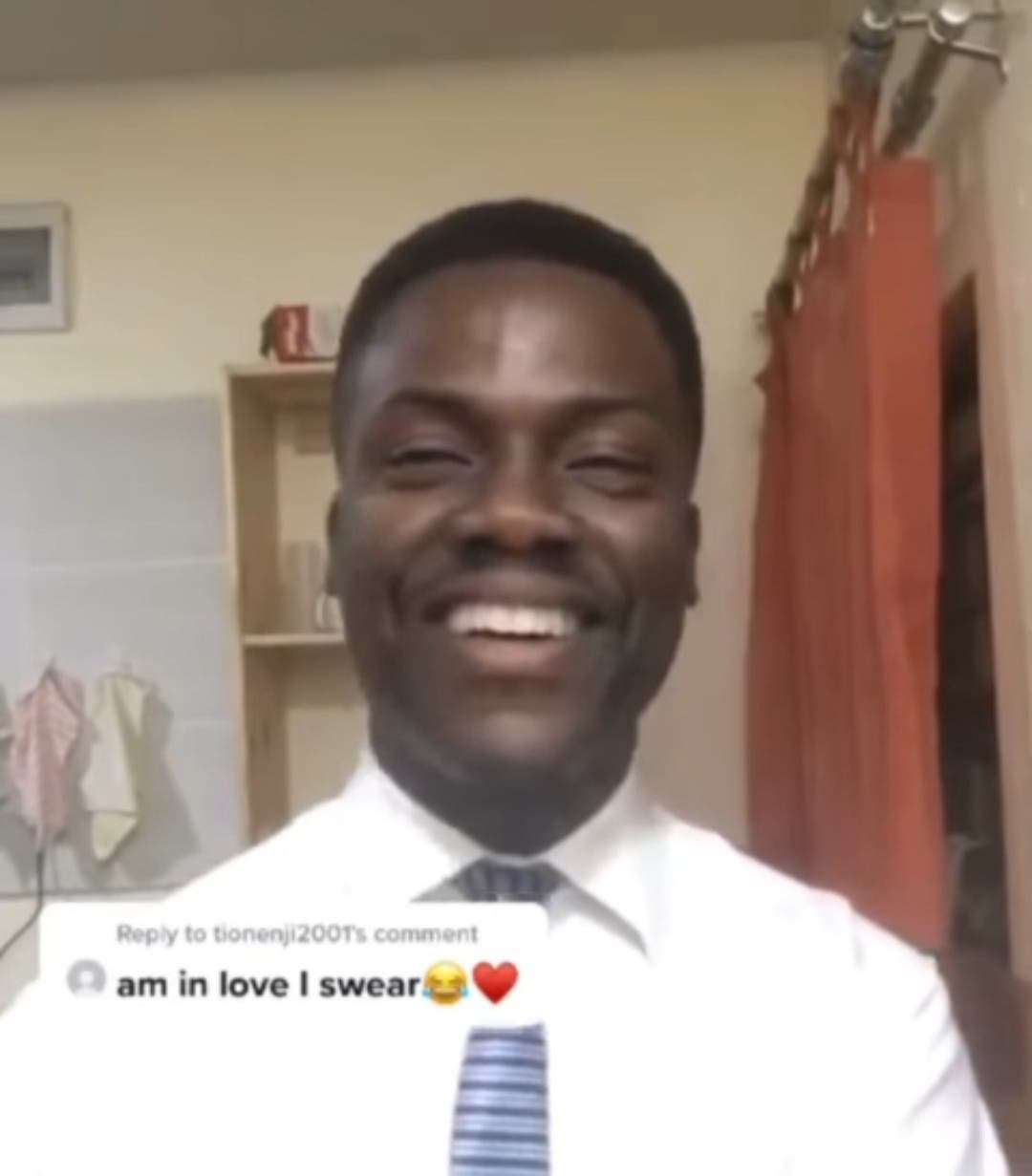 TikToker John
American comedian, Kevin Hart has been left in shock after seeing his lookalike from the African country of Zambia.
He reacted in recent interview.
His lookalike is a Zambian TikToker John, alias @arabmoney44.
He went viral over his uncanny resemblance to the Hollywood actor and comedian.
John, who identifies as an environmentalist, had posted a video of his Hart impression and fans were perturbed by the striking resemblance.
Speaking with ‘The Breakfast Club’ co-host, Charlamagne tha God, the comedian spoke about having a doppelgänger, saying;
“This guy actually looks like me. It’s not a joke. My brother, it looks exactly like we were birth from the same woman,” Hart said.
“I thought he was playing with a filter but that’s him. That’s the second time I’ve seen it.”
Watch the videos below: