'What To Do If You Can't Taste, Smell Four Weeks After Surviving COVID-19'


Researchers, however, said long-term data is needed to determine when those who did not report an improvement in two weeks recovered their ability to taste and smell. 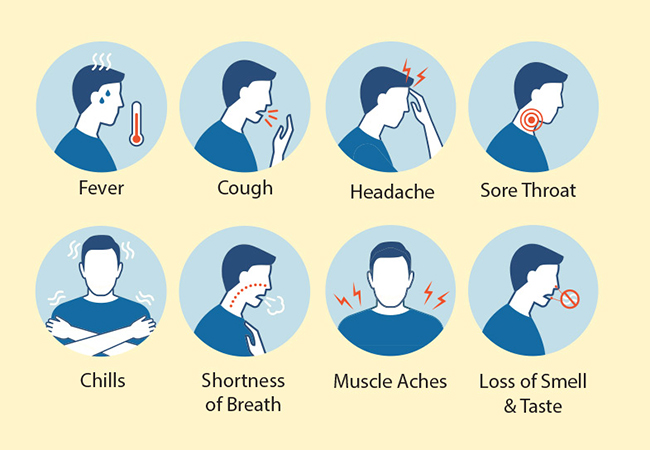 If you contracted COVID-19 and have recovered, this is a must-read for you.

Scientists warn that many survivors of COVID-19 who lost their senses of taste and smell may not recover those senses after other symptoms of the disease might have disappeared.

According to preliminary data from clinicians, about a quarter of recovered COVID-19 patients say they regained their senses of taste and smell within two weeks of other symptoms disappearing.

Researchers, however, said long-term data is needed to determine when those who did not report an improvement in two weeks recovered their ability to taste and smell.

“It could take months, and some physicians say they may never recover those senses,” the scientists warned; adding, “This may put up more barriers to full recovery for COVID-19 patients, causing emotional distress and anxiety.”

Speaking to our correspondent on the issue, Public Health Physician, Dr. Helen Omuh, says loss of smell in COVID 19-is usually temporary and will be restored within two to four weeks.

Omuh, however, said if the loss of smell was not restored within two to four weeks, patients should see their clinicians for review as soon as possible to rule out the presence of other diseases.

She said impaired sense of smell could be prevented by people avoiding things that they are allergic to.

Omuh, who is a Deputy Director/Head of Department, Prevention, Care and Treatment at the Institute of Human Virology Nigeria, said loss of sense of smell, called anosmia, is one of the symptoms of coronavirus disease caused by SARS-CoV-2 infection.

“More than 50 percent of patients have been reported to develop the symptoms, making it more common than fever and cough.

“The exact mechanism is not known, but a team of international researchers, led by neuroscientists at Harvard Medical School, reported that the nerves responsible for smell (called olfactory sensory neurons) do not express the ACE2 receptor proteins required by the virus to enter cells.

“However, these proteins are found in the cells that provide metabolic and structural support to olfactory sensory neurons. It is the infection of these cells that cause temporary loss of smell in COVID-19 patients.

“There is reassurance that the loss of smell in COVID-19 is usually temporary and will be restored within two to four weeks. But if not restored, see your clinician for review as soon as possible to rule out other diseases and treat those that are treatable,” Omuh counselled.

The World Health Organisation had, in May, added the loss of smell and taste to its list of symptoms of COVID-19, which are, headache, fever, dry cough, tiredness, aches and pain, sore throat, diarrhoea, skin rash or discolouration of fingers and toes, and conjunctivitis.

According to WHO, more serious symptoms are, difficulty of breathing or shortness of breath, chest pain or pressure, loss of speech or movement.

Besides COVID-19, Omuh also identified use of drugs like cocaine, and allergic rhinitis, as common causes of impaired sense of smell.

“Allergic rhinitis are inflammation of the mucous membrane of the nose due to allergy; septal deviation which is sideways displacement of the wall between the nostrils with unilateral nasal obstruction.

“Others common causes are post-viral like common cold virus; neurodegenerative disorders such as Parkinson’s and Alzheimer’s diseases; or psychiatric disorders such as depression, bipolar disorder, and schizophrenia; as well as head injury,” Omuh explained.

For the less common causes, she added, “Systemic diseases with nasal manifestations, such as granulomatous with polyangiitis; healthcare related causes such as nasal surgery, laryngectomy, and medication; among others.”

On how to prevent impaired sense of smell, the physician urged people to adhere to the Nigeria Centre for Disease Control infection prevention and control guidelines to avoid being infected with COVID-19.

Omuh also counselled people to avoid things that they are allergic to, and to shun illicit drug use.

“Ensure treatment of possible underlying illnesses or causes – for example, clinician may change or discontinue medication.

“For treatable causes, ensure you see a clinician for detailed review and diagnosis,” she said.

For people who suddenly developed impaired sense of smell, she advised them to self-isolate until they may have been tested for COVID 19.