A principal has died in Maiduguri after slumping while giving a speech. 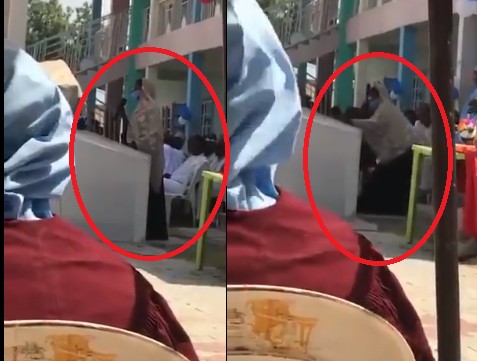 The principal slumped and died while giving speech
There was pandemonium at a school in Maiduguri after the principal slumped and died.
It was gathered that Hajjiya Bisola Rahama Zakariyya, the female principal of Elkanemi College Of Islamic Theology in Maiduguri, died after she slumped during speech delivery.
The sad incident occurred in Maiduguri on Saturday, November 21.
The principal, who was wearing a hijab and had her face mask on was speaking at a function before she appeared to lose control of herself with quick-thinking guests immediately rushing to her aid.

She was reportedly rushed to the Intensive Care Unit (ICU) of a yet to be identified hospital. Unfortunately, she reportedly passed away on Monday, November 23rd. 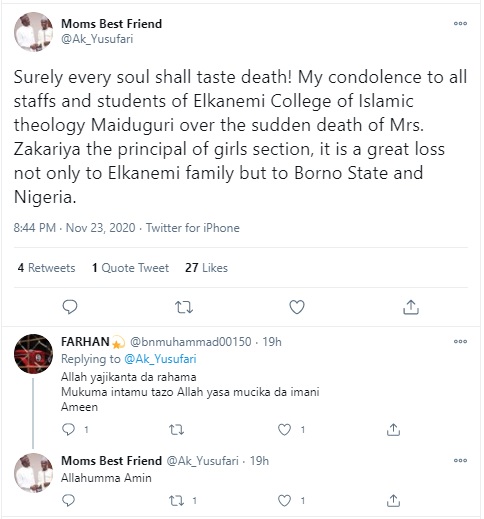