The Chinese national was said to be travelling with his driver on Tuesday, November 24, when the gunmen blocked the road and whisked them away to an unknown destination. 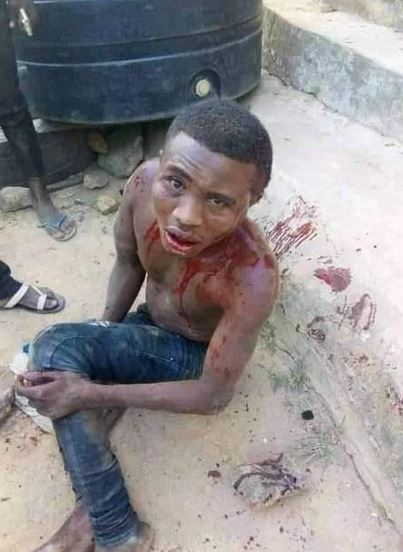 A Chinese expatriate and his driver have been kidnapped by suspected kidnappers in Donga local government area of Taraba state.

The Chinese national was said to be travelling along Donga-Wukari road with his driver in an SUV on Tuesday, November 24, when the gunmen blocked the road and whisked them away to an unknown destination.

It was gathered that the kidnappers had contacted the Chinese company which has a base in Donga town informing them that the the victims are safe but are yet to demand for ransom.

Spokesperson of the State Police Command, DSP David Misal confirmed the incident but declined to give further details

In a similar development, an attempt made by another group of kidnappers to abduct a Chinese national same Tuesday, was reportedly foiled by youths in Mararaba-Baissa, Donga Local Government Area of Taraba state.

According to reports, the kidnappers attempted to abduct the Chinese national working on the construction of the 86Km Kurmi-Abong road.

Vigilant youths in the community captured one of the suspects, pictured above, while others managed to escape. 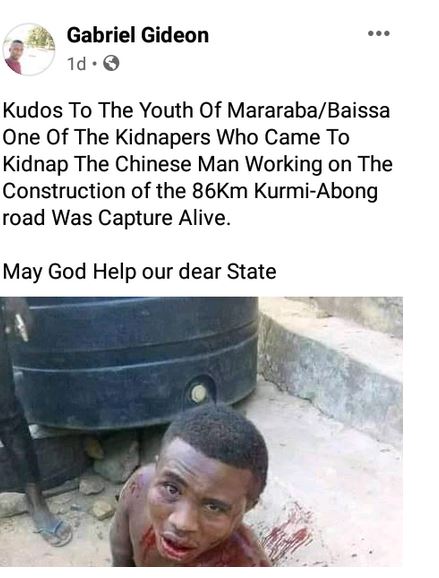