The lady got her money back on Tuesday, December 1 after a thorough investigation. 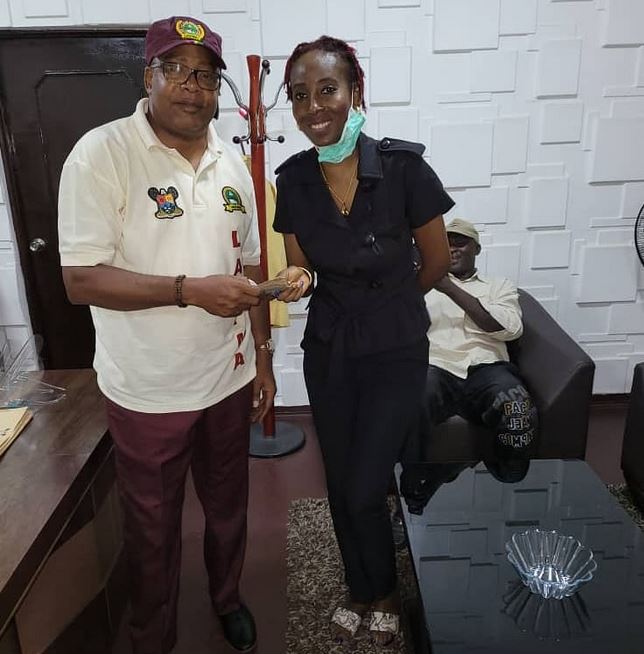 The lady being refunded

A motorist who was arrested and wrongly extorted by a police squad attached to the LASTMA Enforcement Unit, has been refunded.

The General Manager of LASTMA, Mr. Olajide Oduyoye said the lady got her money back on Tuesday December 1 after an investigation. He disclosed that the police squad attached to the LASTMA Enforcement Unit went to enforce the law on one-way driving without LASTMA personnel.

"On Monday, I investigated a case of extortion involving a lady whose vehicle was arrested wrongfully when the police squad attached to the LASTMA Enforcement Unit went to enforce the law on one-way driving without LASTMA personnel.

While making arrests, this innocent motorist was also picked up and her vehicle brought to the headquarters. The vehicle was not booked for any offence. They negotiated from N150,000 and ended up fining her N52,000 using a POS for payment.

She then called the LASTMA contact number and the incident was brought to my notice. I insisted on investigating the issue, identified the officer involved and the money was retrieved. We called the lady to return to LASTMA Headquarters to collect her money

She came with her mum and they were extremely grateful. We will be sending a report to the Police formation for them to start the process of reprimanding the officer involved.

We will not tolerate any negative attitude from our officers or those attached to any of our enforcement units. We continue to encourage road users to send reports of any errant officer via any of our complaint channels". 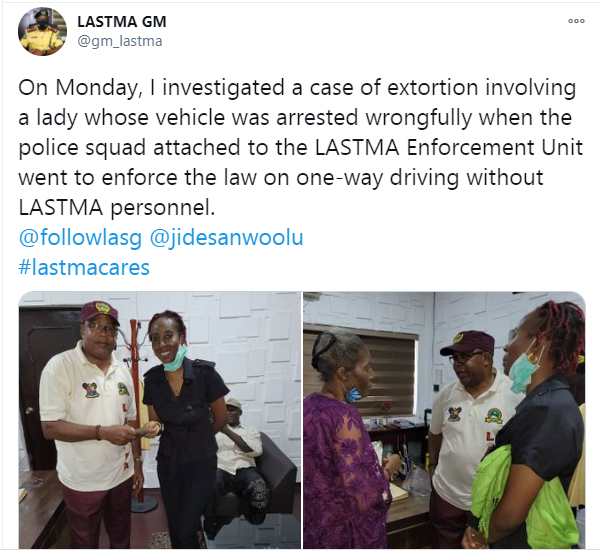