The convict was prosecuted by the Enugu Zonal Office of the Economic and Financial Crimes Commission on a one-count charge of criminal impersonation. 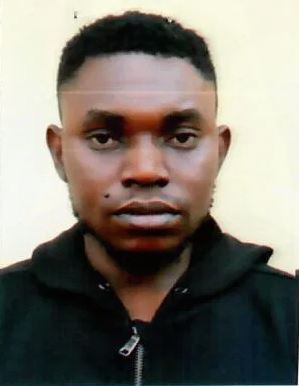 A man identified as Mr Ojike Odiwe Maduabuchi has been sentenced to two years imprisonment or pay Two Hundred Thousand Naira, N200,000, an option of fine for obtaining money by false pretence by Justice I.N. Buba of the Federal High Court, Enugu on Tuesday, November 24, 2020.

The charge read, “That you, Ojike Odiwe Maduabuchi sometime in September 2020 in Enugu, Enugu State, within the jurisdiction of this honourable court, impersonated one Michael Scott, an American citizen on your Whatsapp account and Thai Friendly Application, with intent to obtain money from unsuspecting Asian women by false pretence, punishable under Section 22(4) of the Cybercrimes (Prohibition Prevention) Act 2015.”

He pleaded guilty, prompting prosecution counsel, Mainforce Adaka Ekwu to pray the court to convict and sentence him accordingly.

The Commission’s investigation revealed that Maduabuchi impersonated foreign nationals in his Whatsapp account Thai Friendly mobile app with the aim of obtaining money from unsuspecting Asian women. More incriminating documents titled, “Thip” and “Pranee” as well as his conversations with his target Asian women, containing false pretences were found in his possession.