A social media troll who accused Ike Onyema of cheating on Mercy Eke has issued a stern warning to him. 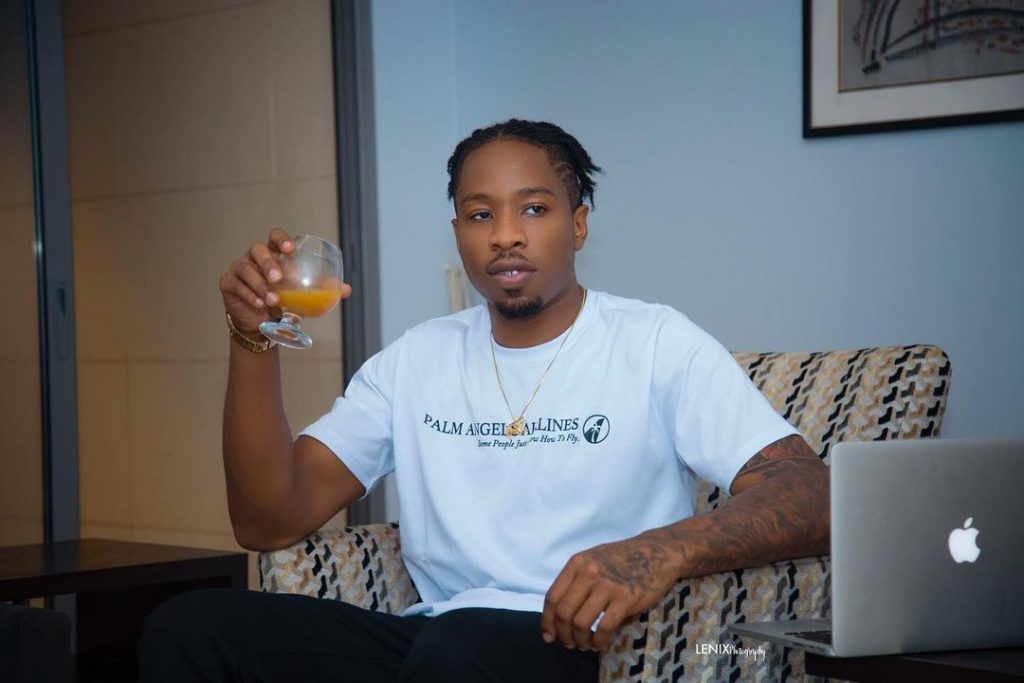 Ike Onyema
A former BBNaija housemate has been dragged mercilessly over a post he made on Instagram.
Mercy Eke’s former boyfriend, Ike Onyema was also given a warning by the troll over the post showing a man who was in the same dressing color codes as his two wives.
Ike in his caption disclosed his intentions of having the same closeness and love for his two future wives.
However, a user whose name was identified as shinningstar4real shaded him for digging his own grave with his playboy attitude.
He advised him to learn from his fellow celebrities and become successful in the industry.
According to her, Mercy Eke decided to waste her time and love on a playboy like Ike Onyema.
shinningstar4real wrote:
“KEEP DIGGING UR GRAVE MAN, U THINK WOMEN ARE TOLLS TO PLAY WITH YOU BETTER START LEARNING FROM OTHER CELEB B4 U MESS UR CARRIER UP… I BLAME MERCY COS D HANDWRITING WAS CLEAR BUT SHE CHOOSES TO WASTE HER PRECIOUS TIME WITH A PLAYBOY”
Recall that Mercy Eke and Ike Onyema after ending their relationship decided to keep their reasons from the public.
Considering the comment Shining Star made, Ike Onyema cheated on Mercy Eke, which is why they went their separate ways. 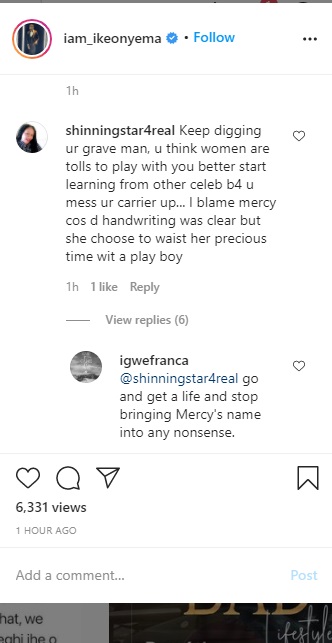