70 Nigerians Illegally Locked Up Without Trial In Bangladesh


Since June 2020, more than 70 Nigerians have been arrested by the security operatives in Bangladesh with no evidence and a proper chance for bail. 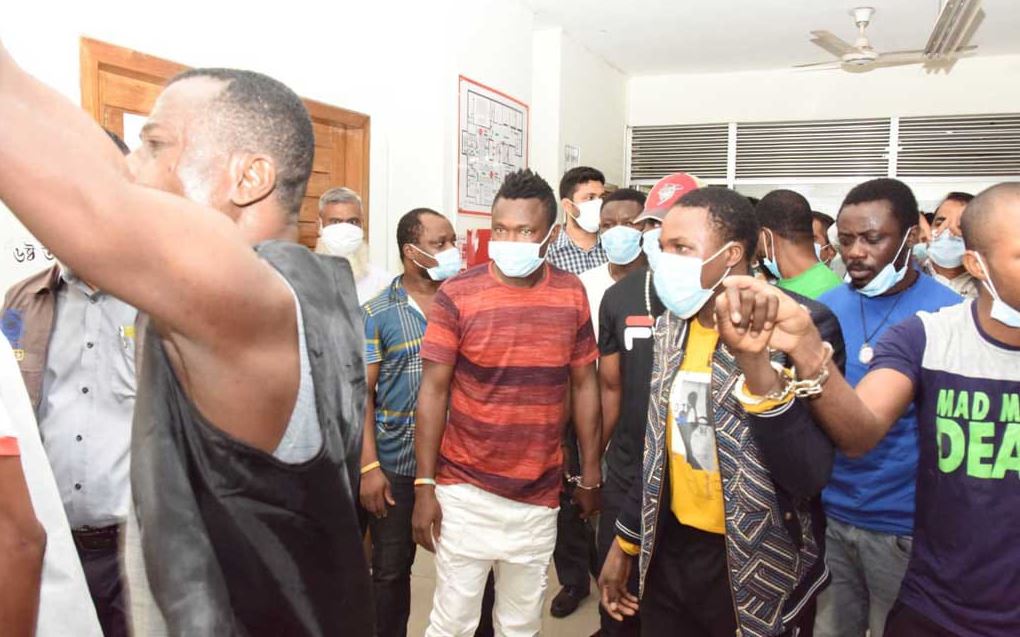 70 Nigerians Illegally Locked Up Without Trial In Bangladesh

Security operatives in Bangladesh have arrested and locked up not less than 70 Nigerians without bail.

The Nigerian Community Association in Bangladesh, which made the disclosure in a letter to The Punch, said there was a crackdown on Nigerians in the South Asian country.

The letter was signed by a representative of the group, Gideon Onyeoma.

Onyeoma said the indiscriminate arrest of Nigerians, including legal residents doing business in the foreign country, had caused undue hardship and pain to the victims.

Onyeoma said, “Since June 2020, more than 70 Nigerians have been arrested by the security operatives in Bangladesh with no evidence and with no proper chance for bail.

“In July 2020, the police operatives went to arrest a Nigerian suspect. After the arrest, they forced him to take them to where other Nigerians live and he took them to a Nigerian man’s firm around the area, thinking that he would be saved, only for them to arrest all 15 men in the office.

“These men all came from Nigeria legally to Bangladesh earlier in 2020 before the pandemic started to buy garment products to be sent home to Nigeria, but because of the pandemic and the lockdown, they couldn’t travel back.

“The next thing they saw was being arrested by the police, while packing their goods at the cargo company owned by a Nigerian, Mr Uche. Uche himself was also taken away by the operatives, making 16 Nigerians. Till date, they are still in jail without bail.”

He noted that shortly after that incident, another set of Nigerian businessmen were ambushed in their houses and whisked away by another security outfit, the Rapid Action Battalion.

RAB is an elite anti-crime and anti-terrorism unit of the country’s police force.

Onyeoma said they were all accused of not possessing travel documents.

He said the President of the Nigerian community, Mr Frank Jacob, provided the suspects’ passports and sought the help of the immigration service to provide proof of their arrival in the country.

The move was reported to have angered the security agents, who still refused to release the suspects on bail.

He added, “In July 2020, another set of Nigerians, 12 of them, were arrested on the account of looking for one person.

“That day, August 5, he went there with another exco member of the association and was detained till date.

“The security agents know that the person fighting for justice for Nigerians is Mr Frank, the community leader; that is the reason why he was detained and kept in jail since.”

Onyeoma said lately, the immigration service had been seizing Nigerian passports, claiming that the owners had fake Bangladesh visas.

He said Nigerians were losing their businesses and warned that if the Federal Government did not intervene, things could degenerate.