Patrick, who resides with his children in Maryland, Enugu town, reportedly went missing on October 25, 2020 after returning from a church meeting which did not hold. 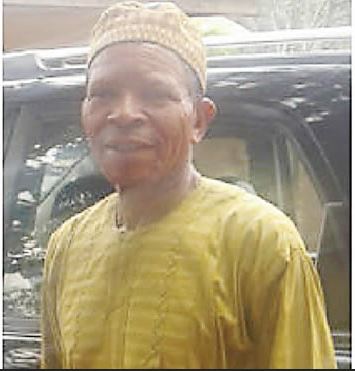 Family members of an 84-year-old retired civil servant in Enugu State, Mr Patrick Orafu, have cried out over his sudden disappearance from home, according to The PUNCH.

Patrick, who resides with his children in Maryland, Enugu town, reportedly went missing on October 25, 2020 after returning from a church meeting which did not hold.

Sunday PUNCH learnt that he was last seen by his compound’s gate upon his return from the meeting around 4pm.

Patrick’s daughter, Uchenna Orafu, who spoke to The PUNCH correspondent on the telephone, explained that they thought he had gone to see her brother, who lives on a neighbouring street.

She said the family became apprehensive when it was dusk and he was not back to the house.

Unchenna said when she called his mobile phone; a man responded and told her that he found the phone at a bus stop in Obeagu — some kilometres away from Maryland.

She said, “The person said he found the phone on the ground and told us to come to the bus stop. By the time we got there, the line had been switched off. We described him (Patrick) to motorists at the bus stop and they confirmed that they saw him pacing up and down and asked him where he was going.

“They said he told them he was going to Maryland and they advised him to take a ‘keke’ (tricycle) but he declined, saying he could find his way home by himself. We left after looking for him around the park.”

Uchenna said when they went back to the park the next day, someone claimed to have seen the old man around midnight within the vicinity.

She stated that they decided to pass the night at the park, hoping that Patrick would surface again but he did not.

She added, “We reported him missing at Nwani Police Station and some other divisions. We also reported at the State Criminal Investigation and Intelligence Department.

“He was outside the gate when we came back from the meeting that day. He went to the next street and we thought he was going to visit my brother. But my brother said he didn’t see him.”

Asked if Patrick was having any health challenges, Uchenna answered in the negative, noting that he was healthy and always went out by himself.

“He is 84 years old and a retired civil servant. We have looked everywhere for him to no avail,” she said.

The police spokesperson in the state, ASP Daniel Ekea, said he had yet to receive a situation report on the case and promised to get back with comments.