Security operatives in Edo state have shot dead an armed robber during a gun duel over the weekend. 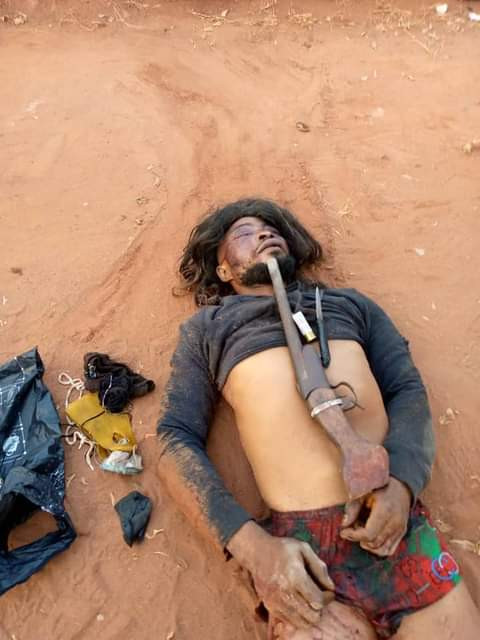 The thief shot dead by security operatives
A suspected armed robber has met his untimely death during a gun duel with security operatives in Edo state.
It was gathered that the incident happened on Saturday night.
The gun fight was between vigilante group members securing Ubiaja Town, in Esan South Local Government Area of Edo state.
The deceased and his gang members have been terrorising the community.
The robber met his waterloo when he and his gang went to rob the popular Ogbeide Hospital on Saturday night, December 5. A distress call was sent to the local vigilante group.
The robbers, on sighting the vigilante, opened fire on them but they were over powered. The one pictured wearing a wig was killed while the rest were reportedly arrested.
Radio Esan wrote on Facebook:
"Breaking News
Vigilantes group crashed with arm robbers in Ubiaja last night on a gun exchange, one of the robbers died on a spot why the rest were apprehended.
Kudos..
They all Esan people."
Top Stories