The suspects were arrested by the police for child theft and trafficking. 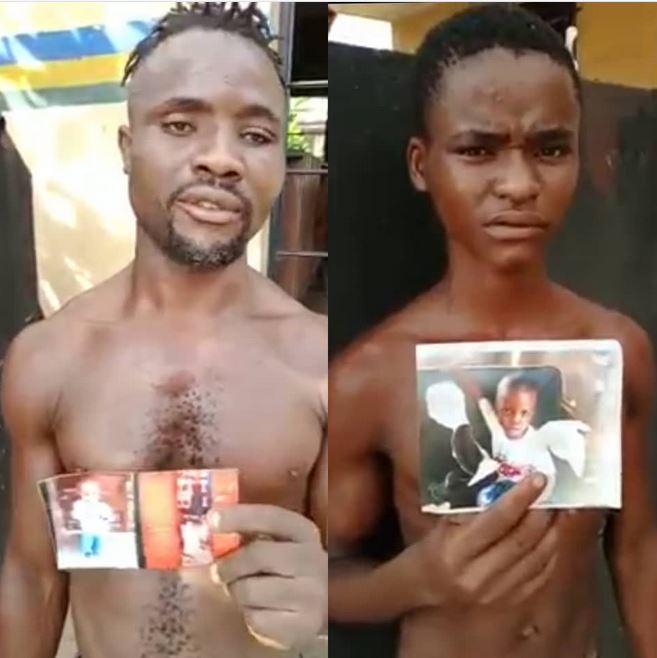 Men of the Rapid Response Squad in Enugu have apprehended a suspected child trafficker identified as Ekene Duru alongside his accomplice for luring and stealing two children in Abia state and trafficking them to Port Harcourt to a woman who sells them off to couples who are yet to have kids.

While being interrogated, Ekene confessed that he goes about stealing children as little as two years old.

I steal the children from Umuochala, Ariaria junction in Aba, Abia state. ''

On how gets the children to follow him, Ekene said;

"I buy them biscuit or egg. After I steal them I will enter a motorcycle or tricycle. Nobody stops to ask me who owns the child and the child too will not cry when I carry them".

His accomplice, Chinonso Sylvanus, alleged that Ekene contracted him to steal children.

"This man here is my Oga, He is the one that asked me to go and steal this child. I stole the child from his mother's shop where she makes hair. I entered there and stole the child. People saw me when I entered and carried the child. The mother knows me.

Chinonso said Ekene mentioned to him that the stolen children are sold to couples who do not have children.

Watch a video of them confessing below;