Arsenal Captain, Pierre Emerick Aubameyang has received a fine from the Confederation of African Football. 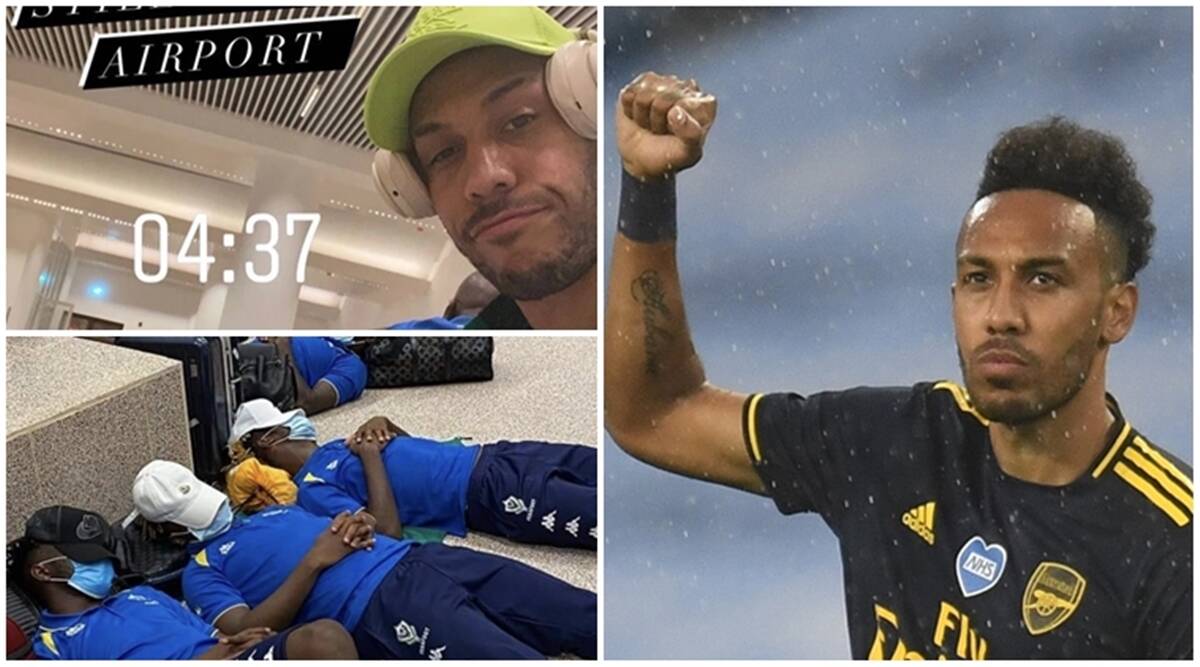 Arsenal Captain, Pierre Emerick Aubameyang, fined by CAF
The Confederation of African Football (CAF) has slammed $10,000 fine on Arsenal Captain, Pierre Emerick Aubameyang.
CAF accused him of degrading the federation with his posts on social media.
Last month, during the international break, the Arsenal star posted a string of stories on his Instagram handle when he and his teammates were delayed in the airport for more than five hours ahead of an Africa Cup of Nations qualifier against The Gambia.
The delay led to them sleeping on the floor in the airport and eventually when they left, they had only 10 hours to the match and lost the match 2-1 against The Gambia.
The Arsenal star went ahead and posted a series of photos on his Instagram handle where he wrote:
“Since 11.30pm. still waiting in Gambia and we play tomorrow at 4pm.”
“Nice job CAF, it’s as if we were back in the 1990s.”
“This will not demotivate us but people need to know and CAF needs to take responsibility. (It is) 2020 and we want Africa to grow but this is not how we will get there.”
A statement from CAF read: “Mr. Pierre Emerick Emiliano François Aubameyang has publicly published offensive and degrading material that undermines the honor and image of the Confederation of African Football.”
In terms of Articles 10, 11, 43.1, 46, 82 of the Disciplinary Code. “The CAF Disciplinary Board decided to impose a fine of 10,000 USD for breach of the values of sportsmanship and integrity on the Gabonese Football Federation for the regrettable behavior of the player.”
Top Stories