The woman revealed her boyfriend's response after she disclosed that she can't be in a relationship with a man who is not wealthy. 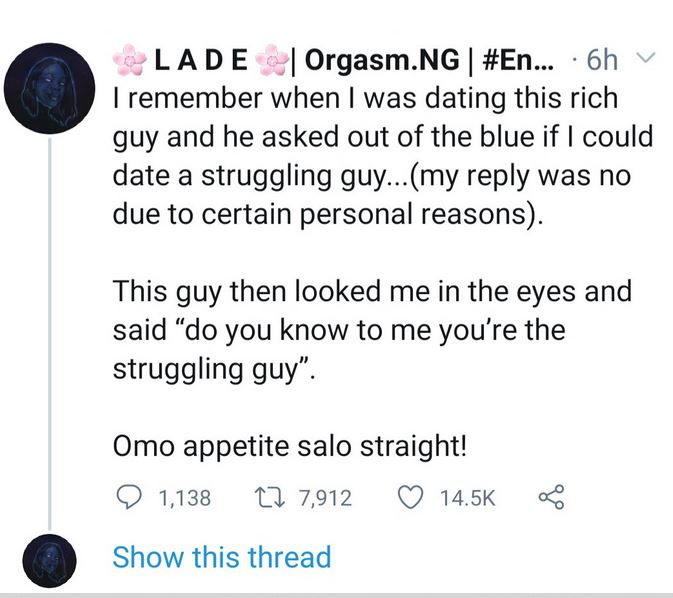 A Twitter user took to the platform to narrate her boyfriend's response after she told him  that she can't date a man who is struggling.

She explained that her boyfriend asked her suddenly if she could date a struggling guy and her response  was "no".

She said her boyfriend then told her, "do you know to me, you're the struggling guy."

She explained that she lost her appetite immediately after he said those words.

When asked if this resulted in a break up, she said he later apologized. 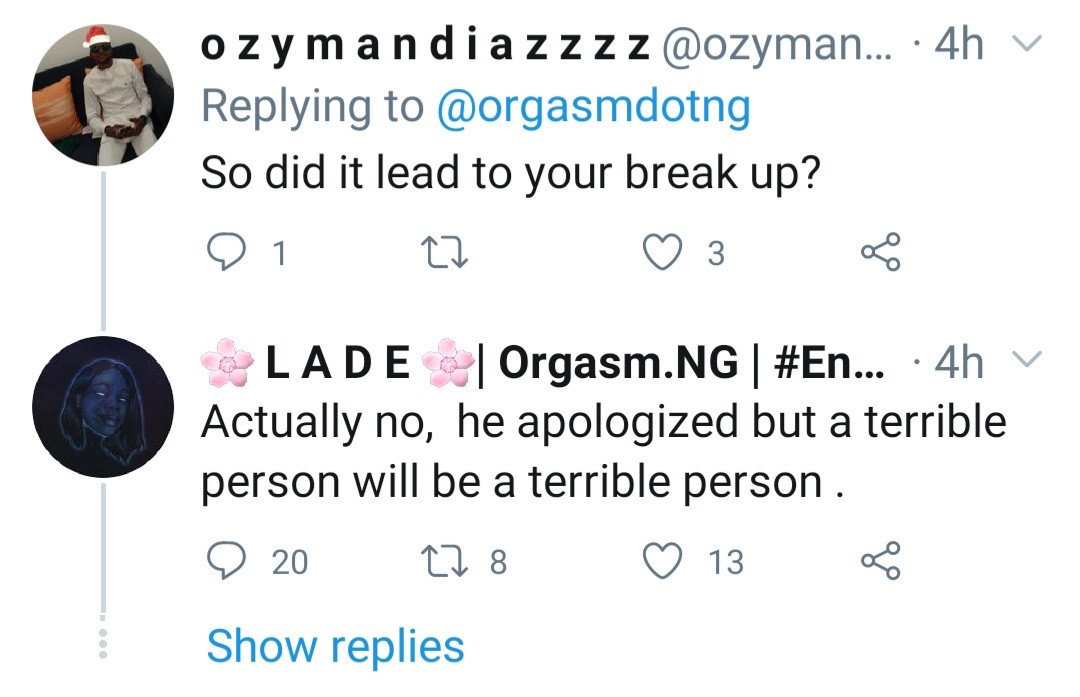 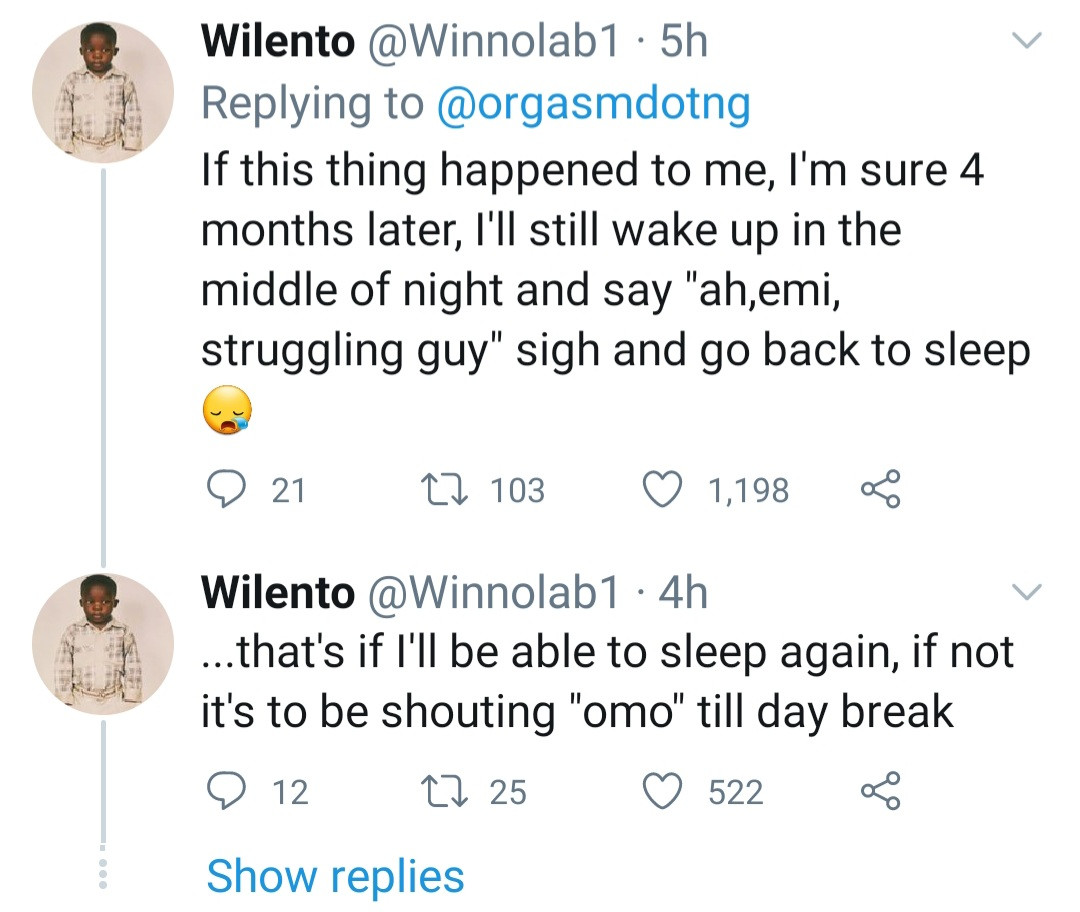