Lagos Government To Sell Rice At N20,000 per Bag Before Christmas


The Commissioner for Agriculture, Ms Abisola Olusanya, told newsmen on Monday in Lagos that about 100,000 bags of 50 kg were being expected for sales at N20,000 per bag. 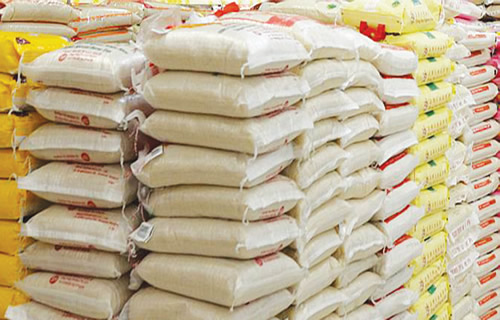 The Lagos Government in collaboration with Kebbi Government and Central Bank of Nigeria (CBN), has revealed that bags of rice would be sold for N20,000 to residents before Christmas.

The Commissioner for Agriculture, Ms Abisola Olusanya, told newsmen on Monday in Lagos that about 100,000 bags of 50 kg were being expected for sales at N20,000 per bag.

Olusanya said the state government was working very hard with the Kebbi Government and the Federal Government to ensure that people of Lagos have enough rice during the festive season.

“We are intervening in the area of availability of rice for the festive season, and it will be sold at N20,000 per bag.

“The most important thing is that we have rice available, be it Lake Rice or other brands,” she said.

Olusanya said that the delay in the sale was due to the process of production.

“During the festive season, millets have to be polished, mill, and processed before rice will be available.

“It’s not that rice is not available in the market, but the price points are a bit high.

“The intervention of the Lagos State Government under the leadership of Mr Babjide Sanwo-Olu, in collaboration with the Federal Government, through CBN and the Governor of Kebbi, is to ensure that we have rice available at lower price points.

“Don’t forget that they are in the harvest season now for paddy, so this is the best time to get good quality rice.

“The rice has started arriving as at last week, and we are expecting much more in the next couple of days,” the commissioner said.