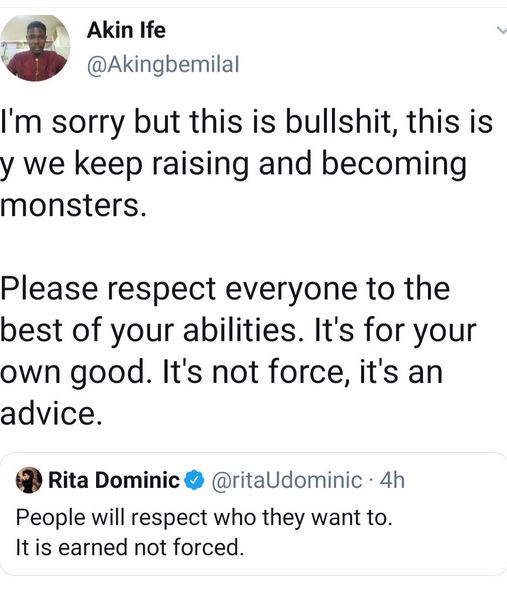 Rita tweeted: "People will respect who they want to. It is earned not forced."

A follower, who apparently did not understand what she was on about, replied: "I'm sorry but this is bullshit, this is why we keep raising and becoming monsters.

"Please respect everyone to the best of your abilities. It's for your own good. It's not force, it's an advice."

And Rita hit back at the follower, writing: "What are you on about? Do you even understand the tweet or you just want to sound like you are intelligent or what?" 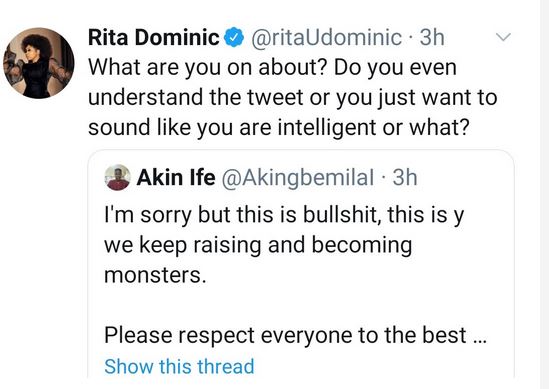