The Minister of Information, Alhaji Lai Mohammed, gave the renewed hope about the remaining captives while addressing the media in Abuja on Friday. 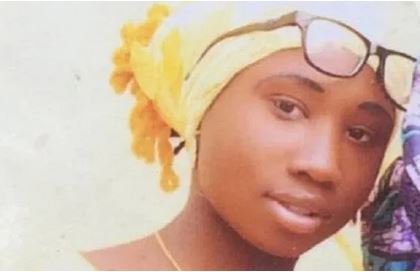 The Nigerian Government has raised hope that the remaining girls seized by terrorists from Chibok and Dabchi would be freed and reunited with their parents a day after taking custody of the freed 344 boys captured from Government Science Secondary School in Kankara, Katsina State.

The Minister of Information, Alhaji Lai Mohammed, gave the renewed hope about the remaining captives while addressing the media in Abuja on Friday.

“We will not relent until all those who remain missing in Chibok and Dapchi and reunited with their families,” Mohammed said at the press briefing.

But the minister was also quick to deplore the abduction of the boys from the Kankara school describing the act as totally unacceptable, pointing out that Nigerian children do not need to go to school in trepidation.

Mohammed said: “Let me be clear: What happened in Kankara – and in Chibok and Dapchi before it – is totally unacceptable. Our children should not have to go to school in trepidation. The Federal Government is doing everything possible to secure all our schools, and indeed all Nigerians. And we will not relent until all Nigerians can go to bed at night with their two eyes closed.

“For example, school shooting has been a recurring challenge in the United States. Between 2010 and 2020, almost 200 school children were killed and many more injured in various school shooting incidents.

“Needless to say that the world’s most powerful country suffered a tragic terrorist attack in September 2001 that claimed almost 3,000 lives. In France, between 2010 and 2020, 286 people were killed in various terrorist incidents. And in New Zealand, in March 2019, 49 people were killed in shootings at two mosques in ChristChurch, New Zealand. I have given these instances to support the fact that no nation, no matter how powerful, is immune to security challenges.

“Back here in Nigeria, the abduction of the Kankara school boys marked the second of its kind under this Administration, coming after the unfortunate abduction of 110 schoolgirls in Dapchi, Yobe State, in February 2018. Just like the good news from Kankara, all but one of the kidnapped school girls in Dapchi were rescued unharmed. And in 2014, 276 school girls were abducted by terrorists in Chibok, Borno State; out of which 112 remain in captivity after this Administration rescued over 100 of the school girls.

“Let me state here that the Administration of President Muhammadu Buhari will do everything possible to prevent a recurrence of these school abductions. But we also make bold to say that we have moved with speed and determination each time we have faced the challenge of school abductions, and the results attest to this. Each time this has happened, we have always accepted responsibility, rather than being in denial. And that has made all the difference in whether or not the abducted school children have been recovered. We will not relent until all those who remain missing in Chibok and Dapchi and reunited with their families.

“Irrespective of the security challenges that we, as a nation, may be facing at this time, they are not insurmountable. We can only appeal to those who are quick to politicize the issue of security to desist from such. The reactions in certain quarters to the Kankara incident were shameful. Some Nigerians went as far as denigrating their government and country in the most uncouth and irresponsible manner.

“They simply threw decorum to the wind and allowed their emotions to take a better part of them. When disasters and tragedies strike, people come together. We hope the naysayers have learnt their lessons. And we hope those who have started trading and politicking with the hash tag BringBackOurBoys’ can now go home, as our boys have been brought back, even before their dubious campaign could take off,” the minister said.