A Nigerian man has died a painful death after being killed by a trigger-happy police man in Rivers. 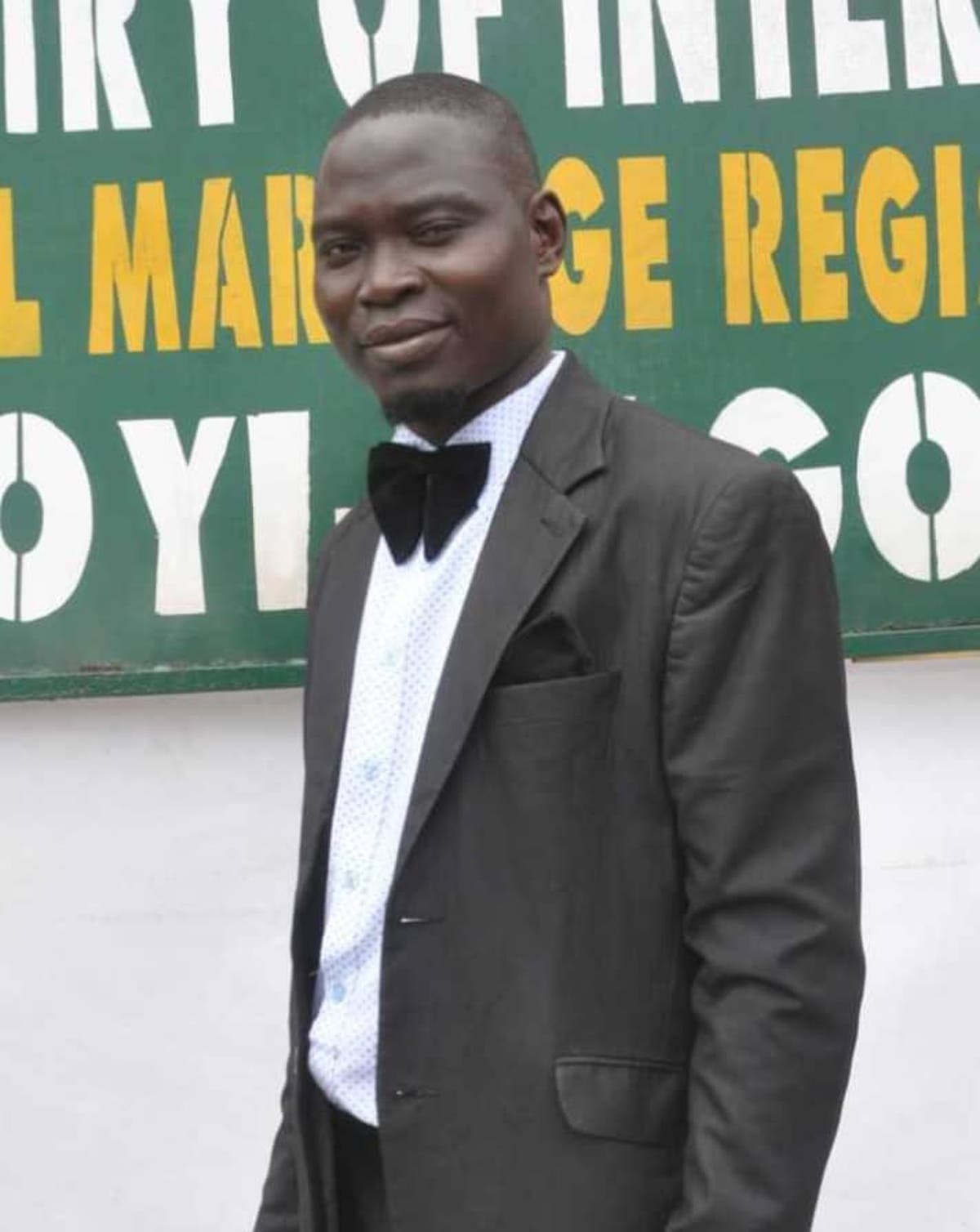 Abiodun Jimoh
A drunk police officer has shot dead a father of three, 38-year-old Abiodun Jimoh in Rivers.
The tragic incident happened in Elelenwo community, in the Obio/Akpor Local Government Area of Rivers State on Friday night, when a team of policemen arrested the deceased and his younger brother, Ismail Jimoh, while they were returning from a party.
It was gathered that the police officers came from the Elelenwo Police Division.
Ismail told journalists in Port Harcourt on Sunday that the killer cop was drunk.
He said, “On Friday night, I was carrying my brother on my motorcycle home when some policemen stopped us with their van. They searched us thoroughly and found our identity cards in our pockets; they didn’t see anything that could implicate us. So, their superior officer told them to let us go.
“But one officer insisted that we were criminals and that we must be taken to the station, which we accepted. My late elder brother entered the police van, but I told them that I was going to ride my motorcycle.
“So, we started moving to the station. I was in front of the van with my motorcycle, but the van later stopped on the way and I rode back to meet them.
“The officers said since they had arrested us, we must bail ourselves to regain our freedom. They asked how much was on me and I told them that I had just N2,000. When we got to the Elelenwo station, the senior officer in the team returned our phones to us and said we should go. He said I should return later with the particulars of my motorcycle and they would release it.”
Ismail said one of the policemen, however, refused to release them.
He said trouble started when he told the sergeant to listen to his colleagues and let them go.
“The officer that shot my brother was drunk because I could smell alcohol on him. He refused to let us go, saying we must enter the cell. Other four officers were telling him to let us go, but he refused to listen.
“When I told him to listen to his senior colleagues, he got angry and used his rifle to hit me in the face. While his colleagues tried to hold him, I heard a gunshot, which hit my brother.
“When I turned to look, I saw my brother lying on the floor and battling for his life. I saw that a bullet also hit another policeman. The senior officers dragged away his gun from him,” he added.
Ismail explained that several hospitals where his brother was taken to for help refused to admit him.
He claimed that the policemen attempted to kill him while they searched for a hospital to treat his late brother.
“After my brother was shot, the police drove us to several hospitals but they refused to admit my bleeding, dying brother. In the process, they stopped their vehicle and asked that I give them our phones. The moment I did, they started driving rough which made me to fall off the van, hit my head on a hard surface and lose consciousness.
“The police did not care that I fell off their van; they never stopped, it was a vigilante in the area that saved my life,” he added.
Ismail demanded justice for his brother, saying he must not die in vain.
PUNCH Metro learnt that the late Abiodun, a father of three, hailed from Ilorin, Kwara State.
A spokesman for the police, Nnamdi Omoni, said the state Commissioner of Police, Joseph Mukan, had condemned the killing.
Omoni said the cop was in custody, adding that justice would be served.
“The incident is being investigated and the outcome will be communicated to the public. Meanwhile, the police sergeant who carried out the dastardly act is in custody for debriefing and psychological evaluation. His orderly room trial will commence in earnest, for possible arraignment,” he added.Copyright PUNCH.
Top Stories