The controversial circumstance that led to the tragic death of actor, JT Tom West has been made public. 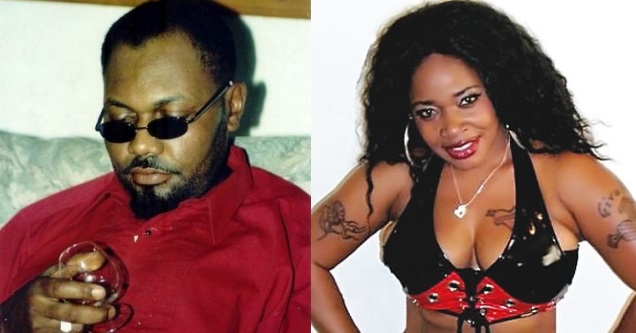 JT Tom West and Afrocandy
It has been revealed that a popular Nigerian actor, JT Tom West was actually killed on set and he didn't die in a fatal car accident.
The revelation was made by adult movie maker, Afrocandy on Instagram.
Recall that it was reported that JT Tom West alongside two of his colleagues died in a car accident while returning from a location after shooting late into the night.
According to Afrocandy, contrary to popular belief, Tom west was actually shot and killed on a movie set.
Taking to Instagram to acknowledge Tom’s death anniversary, the 49-year-old pornography actress wrote;
“Before I became #AfroCandy I was a Regular Nollywood Actress…..Awww JT Tom West gone but never forgotten! I did this movie ‘Ghetto Crime’ with him before I Migrated to the United States, I also Executively Produced this movie but Never got that Credit, this scratched up Tape was given to me by the other producer when I visited in 2014..
So I remember the day he died my boy called me from Nigeria to tell me there was an accident on set he was shot with a Loaded gun by mistake but they alleged that he had a car crash to cover up the Set accident, very sad Nigeria has no Justice but someone’s got to pay for their sins! Keep Resting JT”