The people of Warri have been hit by a tragic news following the sad passing of Olu Of Warri, Ikenwoli Godfrey Emiko. 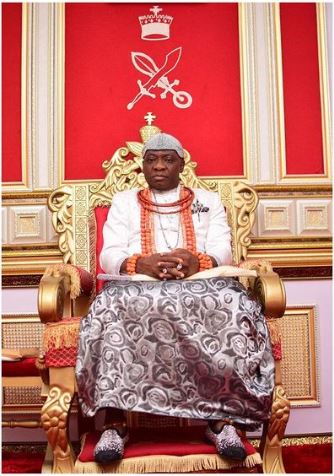 Olu Of Warri, Ikenwoli Godfrey Emiko.
The deadly coronavirus disease has reportedly claimed the life of a prominent monarch in the person of the Olu Of Warri, Ikenwoli Godfrey Emiko.
According to Guardian Nigeria, it was gathered that the monarch allegedly died of COVID19 complications on Monday, barely a week after his fifth coronation anniversary.
He was said to have met with the late Major General John Irefin, who died earlier this month from COVID-19 complications too.
Efforts by The Guardian to get comments on the passing of the first class king from top palace chiefs including Ologbotsere (Prime Minister) of Warri Kingdom, Chief Ayirimi Emami was unsuccessful as telephone calls put across to him went unanswered.
Top Stories