Horror! How Robbers Waylaid And Stabbed A Lagos Airport Baggage Carrier To Death


The 33-year-old was on his way to work at the local wing of the Murtala Muhammed Airport in Ikeja, when three robbers waylaid him around 4.20am. 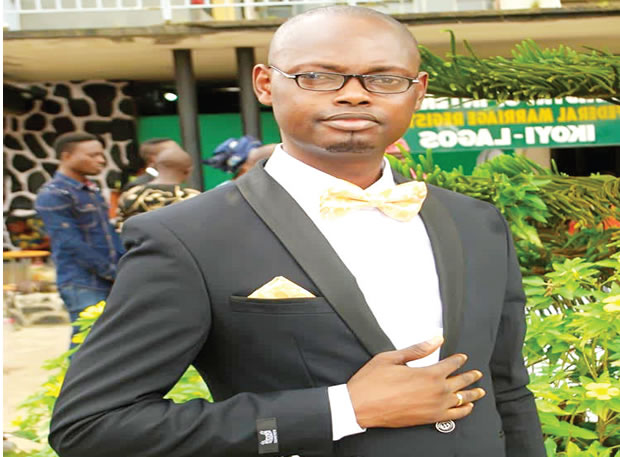 One Idowu Olawuyi, a Lagos airport baggage carrier has been stabbed to death, a development that has sent his family into deep grief.

The man was stabbed to death by robbers around Bunkas junction, AIT Road in the Alagbado area of Lagos State.

PUNCH Metro reports that the 33-year-old was on his way to work at the local wing of the Murtala Muhammed Airport in Ikeja, when three robbers waylaid him around 4.20am.

During the attack, it was learnt that the robbers dispossessed Idowu of his valuables and while he was struggling with them, one of the robbers reportedly stabbed him in the chest with a knife.

Idowu’s elder brother, Adedayo, told PUNCH Metro that the father of one died at the scene of the attack, adding that his remains were deposited in a mortuary.

Adedayo stated, “Around 6.30am on December 4, 2020, I was having morning devotion with my family when I missed a call from a strange number. When I called back, the person asked if I knew Idowu Olawuyi and I told him that he was my brother. The person told me to come to Bunkas junction because it appeared as if hoodlums had attacked and killed him on his way to work.

“I called my brother’s line but it was switched off. I called his wife, Bolanle, and she said she had not heard from him since he left for work around 4.15am.

“At that point, I started believing what the strange caller told me. I also received another call from a different person, who told me the same thing, and because where the incident happened is not far from where he lived, a lot of people, who knew Idowu, saw his corpse lying on the ground; so, they went to his house and on getting there, they saw that his wife was young. They looked for elderly landlords and broke the news to her; they police were contacted and I was also informed.

“When I saw my brother’s corpse inside the police vehicle, I saw that he was stabbed in the centre of his chest, just because the hoodlums want to snatch his phone. I wrote a statement at the police station and the corpse was deposited in the Ota General Hospital mortuary. The police and the youth leader in the area immediately swung into action and started combing the environment and one person was arrested. Later on, I received another call that another person had been arrested and one of them confessed to killing my brother.

“The case was later transferred to the SCIID, Panti. I went there and the two suspects were brought out and when I saw the person, who killed Idowu, I asked him why and he started crying. He said he didn’t know that my brother would die and that they had already collected his phone and while trying to run away, some nightguards were coming close to them and Idowu held unto his leg, and in the process of setting himself free, he stabbed him.”

The deceased’s wife, Bolanle, told PUNCH Metro that Idowu was survived by an eight-month-old baby, Ezeikel, adding that she had been staying with her in-laws ever since the incident happened.

She said, “He left home around 4.15am and I was expecting him to call me that he was in the office, but I got no message from him and I tried his two lines but they didn’t connect. Around 7am, some people knocked on my gate and when I opened, they asked if I knew Idowu and I said yes and asked what happened, but I was told that they saw his document.

“They said they needed to see someone much older; they met some community elders and afterwards, they came back to inform me that he had a minor accident. It was when I got to our church that I was told what happened. I will appreciate anything Nigerians can do because right now, I am staying with my in-laws and I don’t have any job for now.”

When contacted, the state Police Public Relations Officer, Muyiwa Adejobi, said, “During the course of investigation, the police were able to arrest two suspects, and because we have credible evidence to prosecute them, they have been charged accordingly.”