Orjiakor called him out for allegedly keeping quiet during the s*x-with-dog scandal that rocked her career many years back. 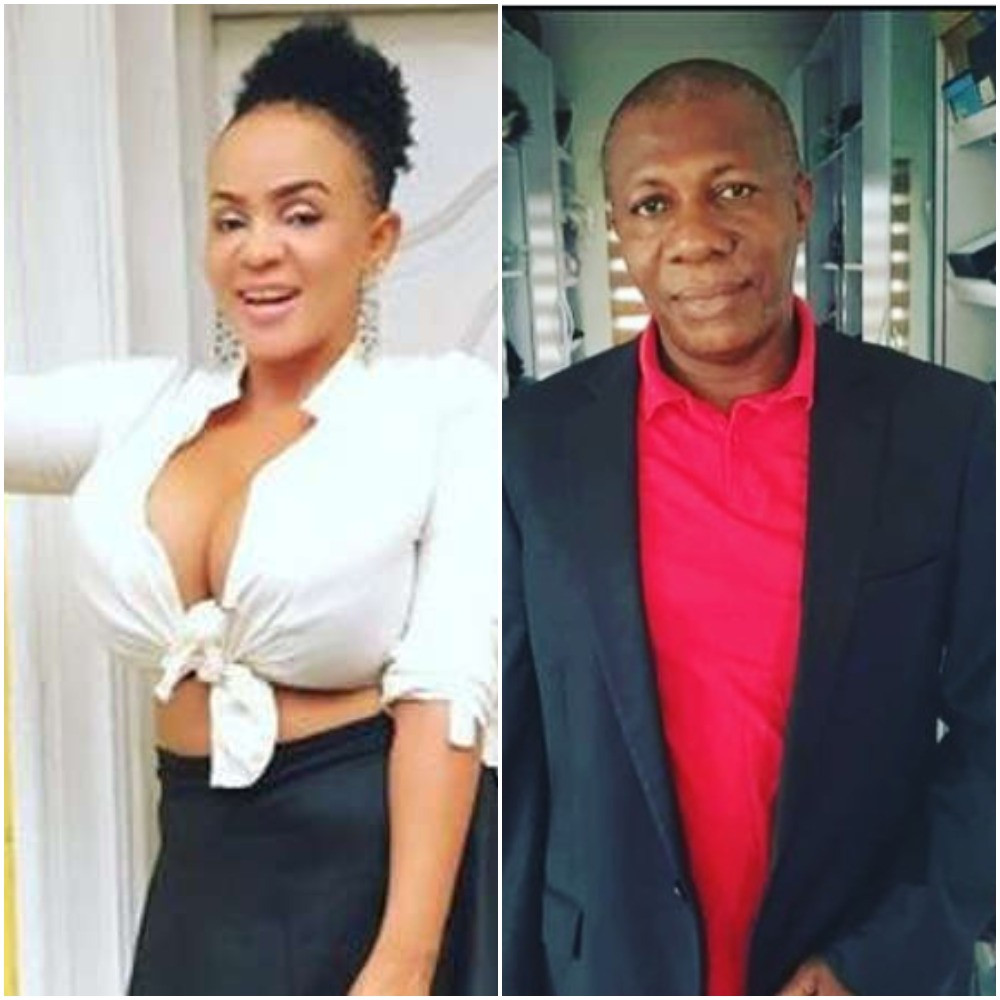 Orjiakor called him out for allegedly keeping quiet during the s*x-with-dog scandal that rocked her career many years back.

The ace movie producer, better known as Mr. Prolific, breathed his last on Friday after suffering a seizure.

Shortly after his death, Orjiakor, in an Instagram post, recounted his experience with the deceased, whom she described as an important part of her history.

She, however, expressed regret that Ejiro kept mum during the sex-with-dog scandal which made her a subject of ridicule before many at the time.

The movie star had stirred heated controversies in 2002 when Tunde Moshood, publisher of Enquirer Magazine, shared footage wherein she could be seen having sex with a dog.

The footage, said to be a clip from a movie set, had attracted heated backlash, with some arguing that she indeed had sex with a dog.

In the post, Orjiakor questioned the late filmmaker’s silence during the incident despite having knowledge of how the video came about.

The actress said the dust generated by the scandal would have died down had the deceased explained what actually transpired.

“Mr Chico Ejiro…. I remember years back. You use to like me…… I don’t say no to people. I only give conditions …..what changed ? What made you keep quiet and watch the world tear me to shreds…. during that mighty scandal you kept quiet…..” she wrote.

“Ohhh I remember your wife slapped me on that sex with dog set…. back then my teeth never sharp. Rest in peace dear. Your part of my history and also My birthday mate.” 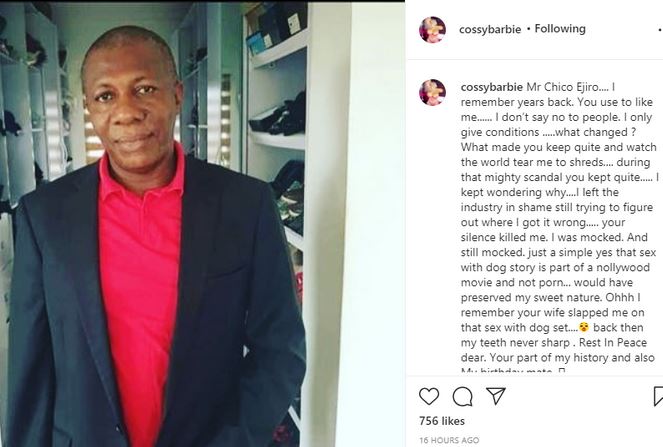