A young businessman has had his life cut short by assassins in Akure area of Ondo state. 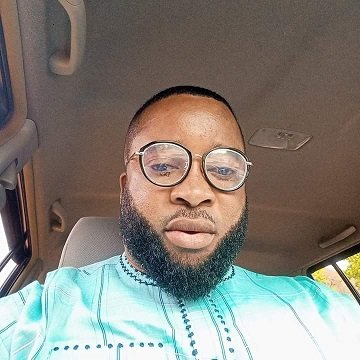 Adeluka
A Nigerian businessman has been murdered by assassins in Akure, Ondo state.
According to TheNation, the victim identified as Babatunde Adeluka Olubasa was shot dead inside the hotel premises where he lodged on December 26.
The incident happened at the Helena Hotel at Ijapo area in Akure, the Ondo State capital.
Witnesses said Babatunde was trailed to the hotel by three armed men after attending a function in Akure.
The witness said he was shot dead at the bar of the hotel where he relaxed to take a drink.
According to the source, “The killing of Tunde was a clear case of someone who had been targeted.
“The guys who killed him (Babatunde) had requested a lighter from him at the bar. But he declined their request. Tunde’s reaction gave them the move to engage him in an argument before opening fire on him.
“After shooting him, they also descended on him with a small axe to completely snuff life out of him.”
Ondo Police spokesman, ASP Tee-Leo Ikoro, said it was a case of assassination.
Ikoro said the state Commissioner of Police, Bolaji Salami, has ordered full investigation into the incident.
“We’ve commenced investigation trying to track down those who killed him.
“It’s an assassination. At the time it happened, there was nobody else at the bar, except the bar girl. The bar girl said they came in three, waiting.
“The deceased lodged in that hotel and went out at some point in time. He came back and left again. By the time he came back, the assailants were already at the bar drinking. When he came back, he went into his room, took a bottle of wine and then called for a bottle of soft drink from the bar.
“When he got to the bar, the three guys asked a lighter from him to light their cigarettes, and he said no. It was at that point they pull out their guns and shot him. The assailants left the hotel when he gave up the ghost.
“We’re on their trail right now. The Commissioner of Police has ordered a full investigation into the incident. To u, we’re thinking it’s an assassination. But the investigation will unravel all that happened.”
Top Stories