Shocking! Nigerian Woman Throws Her Baby Inside A Well So She Can Get Back With Her Ex


Faith Alhassan threw her child in the well allegedly to enable her marry her former boyfriend who was not ready to accept her with a baby. 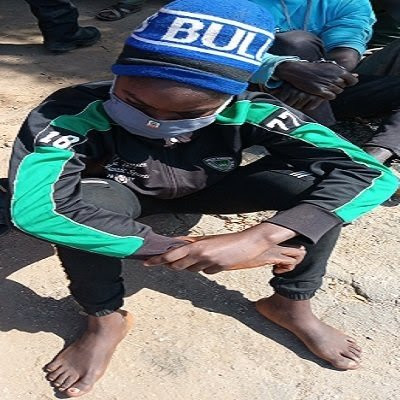 The woman was paraded

Faith Alhassan, a 20-year old mother has been arrested by the police in Kaduna.

The young woman was nabbed for killing her one-year-old daughter.

Faith Alhassan threw her child in the well allegedly to enable her marry her former boyfriend who was not ready to accept her with a baby.

Faith, who is a Secondary School certificate holder, said has no idea what came over her.

Kaduna State Police command disclosed that on 28th December 2020 at about 7 am, the corpse of a baby girl was found in a well at Gantan village of Kachia local government area of the State.

The police further informed that, upon receipt of the report, an investigation was carried out and it was discovered that the mother of the dead baby girl was the culprit, The Nation reports.

According to the police, the culprit went into Gantan village with her baby girl to meet her former boyfriend by the name Dolan Yakubu whom she jilted years back.

The police said Faith told them that while at her ex-boyfriend's house, his father complained of the baby so she went quietly in the night to dump the baby in the well.

Speaking to journalists at the Kaduna State Police Command headquarters where she is currently undergoing investigation, she denied killing her daughter because she wanted to marry her former boyfriend.

The young lady who said she stays with her grandmother, also disclosed she doesn’t know the whereabouts of her dead daughter’s father.

When asked why she was at the police command, she said, “I am here because of my daughter that I threw into the well and she died. I don’t know what came over me when I carried out the act”.

Asked whether it was because she wanted to marry her ex-boyfriend that she killed her daughter, she said in tears, "I did not kill her because I want to marry, I just don’t know what entered me, I am not happy for doing it."

The Kaduna State Police Commissioner CP Umar M. Muri said she will be arraigned in court upon completion of the investigation.