A Nigerian woman whose building was demolished over allegations of trying to hold a sex party has spoken. 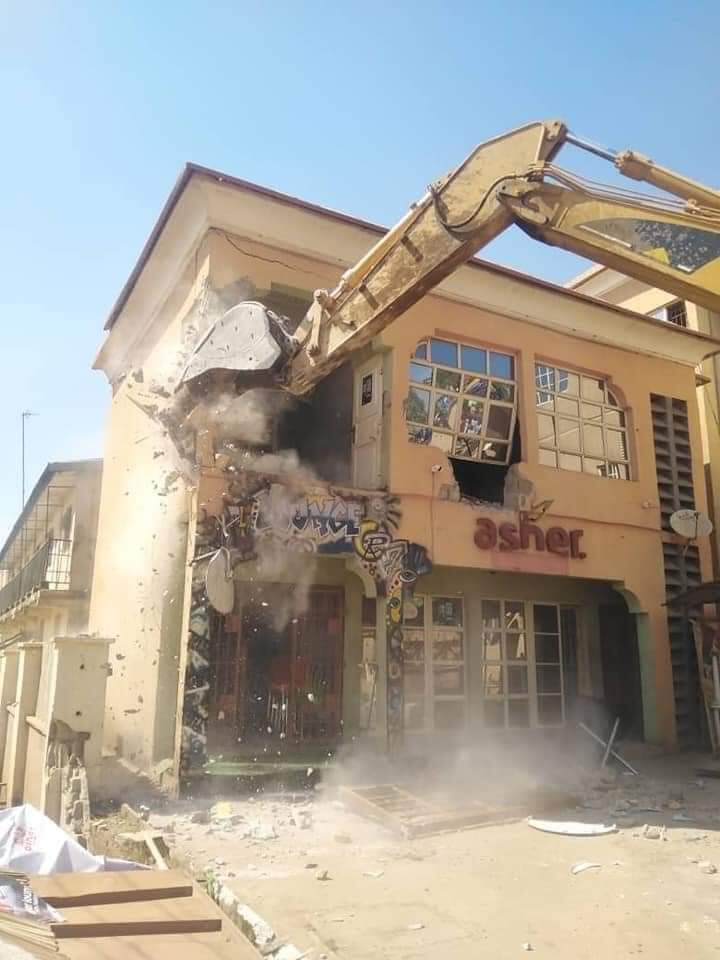 The demolished building
Aisha Mercy Yakubu, the owner of Asher Kings & Queens Restaurant demolished by the Kaduna state government has finally broken her silence.
In an interview with author, Reno Omokri, Yakubu accused Governor Nasir El-Rufai of demolishing her restaurant out of hatred.
According to her, El-Rufai demolished the building to spite her husband who is the Peoples Democratic Party spokesman in the state.
Recall that she lost her one month pregnancy due to the trauma.
Listen to the call below:
Top Stories

Dogara Is Not Our Member, APC Denies Former House of Reps Speaker In Court
Recent Stories