Logan T Kruckenberg-Anderson, of Albany, Wiconsin, US, was charged with first-degree intentional homicide and felony in Green County Court Tuesday. 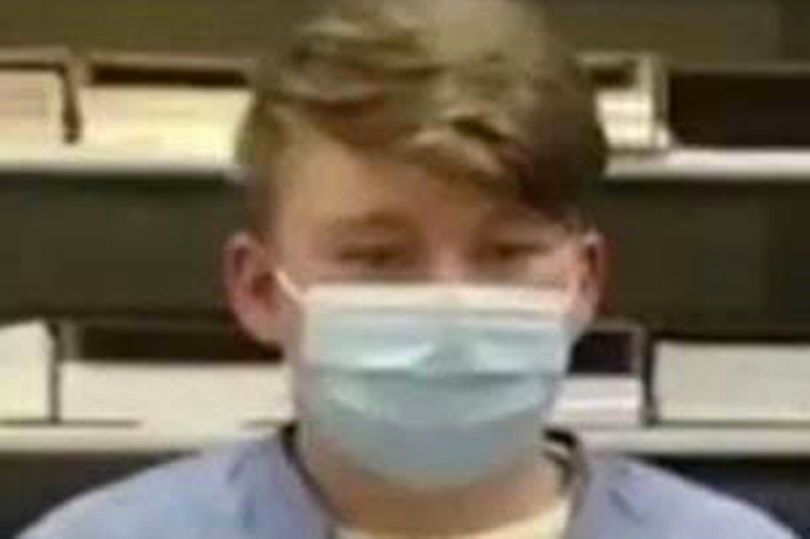 Logan T Kruckenberg-Anderson, a 16-year-old dad has been charged with murder for killing his baby.

The man was charged after allegedly putting his newborn baby inside a snow-covered fallen tree and firing two gunshots into the child's head.

Logan T Kruckenberg-Anderson, 16, of Albany, Wiconsin, US, was charged with first-degree intentional homicide and felony in Green County Court Tuesday.

Kruckenberg-Anderson will be charged as an adult in court, according to the Department of Justice, and could spend the rest of his life behind bars if found guilty.

Investigators wrote in a criminal complaint released Tuesday that they received word from an Albany resident that his daughter had just given birth in a bathtub on January 5, and that the child hadn't been seen from since.

Under questioning, Kruckenberg-Anderson is alleged to have told investigators that he had given the child to his friend, the complaint states.

The baby's mum is then said to have told deputies that after giving birth, they had decided to give the child to an adoptive agency.

In a second interview, Kruckenberg-Anderson told investigators they had decided they could not keep the child and needed to do something "to not have the child in their life".

He walked to a remote wooded area in Albany, where he placed the infant into a small, snow-covered area inside a fallen tree, according to the complaint.

He placed more snow over the infant's entire body, and walked away, investigators say.

Detectives say he told investigators he could still hear the baby crying as he walked and this "caused him to emotionally break down, fall to his knees and cry".

"Kruckenberg-Anderson stated that he knew that by leaving a nude infant child exposed and covered in the elements would likely cause the baby to die," the complaint states.

Kruckenberg-Anderson later directed law enforcement to where he left the child.

The local medical examiner's office soon discovered a bullet hole in the child and a casing nearby.

In a follow-up interview, Kruckenberg-Anderson admitted that he had in fact fired two shots into the baby's head after placing the child into the tree, according to the criminal complaint.

He is scheduled to be back in court on January 20 for his preliminary hearing. A judge handed down a $1 million bond at his court appearance Tuesday.