Both suspects are facing a seven-count charge including attempted kidnap and armed robbery of six others. 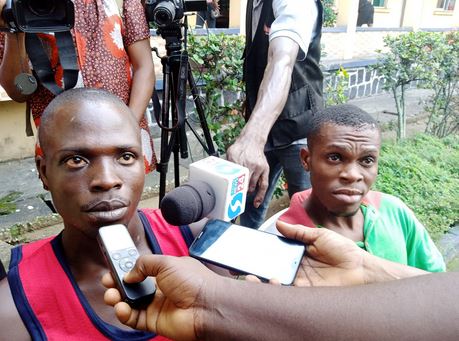 Two suspects who were arrested after a foiled kidnap attempt of a staff of the Nigerian National Petroleum Corporation, NNPC, Tamuno Igbikiberesima have been remanded by a magistrate Court sitting in Port Harcourt, Rivers state on Friday, January 15,

Igbikiberebima, a lawyer, had dispossessed the suspects, Godspower Saturday and David Simeon, of an AK47 after they came to kidnap him at his residence in Rumuigbo, Obio/Akpor Local Government Area of the state on 17 December 2020.

Both suspects are facing a seven-count charge including attempted kidnap and armed robbery of six others. 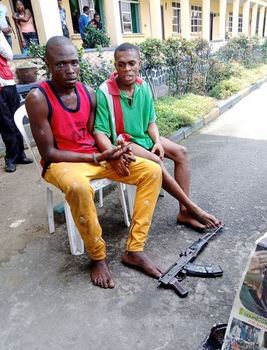 Chief Magistrate Beauty Okere, after listening to the prosecution team and the defendants, declined to entertain the matter. Okere also directed that the case file be transferred to the Director of Public Prosecution (DPP).

She adjourned the matter to 24th February pending outcome of DPP legal advice after informing parties that the court lacks.

Meanwhile, Igbikiberebima had narrated that he overpowered the suspects because he noticed the obvious unprofessional way they handled the AK-47 rifle in their possession, while attempting to abduct him.

According to him, after noticing that the kidnappers were amateurs, he became encouraged to challenge them, saying that in the scuffle that ensued, the hoodlums were subdued, and they immediately abandoned him and fled before they were given a hot chase, and arrested by neighbours and passersby.

"I was making a call in front of my gate on December 17, 2020, when a black Toyota Camry suddenly pulled over with two occupants, and they ordered me to enter the vehicle. One of them came out with an AK-47 rifle and ordered me to enter the back seat. When he asked me to enter, I said ‘why should I enter’? He said he would  kill me. I begged him not to do that, and asked him what I had done," he narrated

"When I noticed how he was handling the gun, it appeared to me that he is not proficient in gun handling. I told myself that ‘ordinarily, one-on- one, this guy cannot beat me.’ That was the courage I had. When he faced the nozzle of the rifle down trying to cock the gun, I started struggling with him. In the process, both of us shot one bullet on the ground. When he saw a crowd coming, he left the rifle, and ran into the car, and they took off”, he stated.

"I then ran into my compound and brought out my Toyota Hilux, and some people outside my gate joined me to give them a hot chase. We overtook them at Apara Link Road, got them arrested, and handed them over to the police”, he explained.

He said  further that what gave him the courage to resist the hoodlums was because he thought that their intention was to assassinate him.

"I thought well, it is better for me to die in front of my gate so as to be more honourable, instead of following them to wherever they wanted to take me to." he added.