Men of the Joint Border Operation Drill securing the Nigeria/Republic of Benin border posts were accused of firing shots that killed the trio. 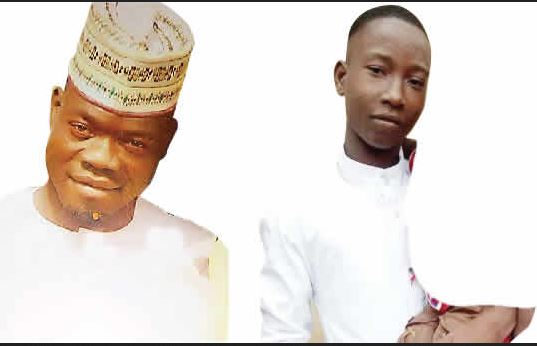 According to The PUNCH, the many residents of Ilesha-Baruba in the Baruten Local Government Area of Kwara State are still mourning the death of some of their people who died recently.

The community is mourning the three persons after a clash between security agents and some youths last Friday in the area left three dead.

Men of the Joint Border Operation Drill securing the Nigeria/Republic of Benin border posts were accused of firing shots that killed the trio identified as Hakeem Muftau, Abdulqudus Saadu and Zubair Halidu.

Two versions emerged regarding what led to the clash. The first stated that trouble started when security agents mounted a roadblock on the Ilesha-Baruba-Sinawu road and ordered a commercial vehicle driver to pay N200 but he refused.

The driver was said to have been allegedly slapped and he went away angrily to mobilise some youths and a clash ensued leading to the alleged shooting of three dead by the security officers.

The second version noted that crisis erupted as customs men allegedly stopped the driver of a vehicle who wanted to escape with some banned foreign rice.

In his narration, an eyewitness and commercial bus driver plying Saki/Ilesha-Baruba road identified only as Alhaji Amusa said at every Sinawu market day which holds every Friday, each commercial vehicle driver is expected to pay N200 bribe as ‘booking fee’ to security men on the road.

He added that last Friday, a commercial driver, Abdullahi Oseni, popularly known as “Big Man”, along the Ilesha-Baruba, paid the security men N500 on way to Sinawu early in the morning but wasn’t given his change of N300.

Amusa said, “He drove off with his passengers. But when he was returning from the Sinawu in the evening, the security men stopped him but he did not halt at the checkpoint. He stopped at about 200 metres after the checkpoint but the customs men told him to reverse his vehicle to the checkpoint which he did.

“They asked him to pay another money but he told them that he had paid when he was going to Sinawu in the morning and he had yet to collect his change. His refusal to pay another money caused altercation between him and the security men who allegedly beat him in the process

“When he got to town, he narrated his ordeal to some youths who were mainly commercial motorcycle riders and commercial bus drivers who have been complaining about the excesses of the security men on the road. They quickly mobilised and embarked on protest to the checkpoints in Ilesha-Baruba. They dismantled the barricades and made bonfires at strategic locations on the road. But some soldiers among the patrol team fired live bullets which killed three of the youth and wounded many others.”

In its defence, the Kwara State Command of the Nigeria Customs Service in a statement claimed that the crisis was caused by the driver of a commercial vehicle who allegedly wanted to escape with some bags of smuggled foreign rice by refusing to subject the vehicle to the security check at a checkpoint.

A statement by the Spokesperson for the NCS, Chado Zakari, signed on behalf of the Coordinator of the Joint Border Operation Drill Sector 3, the driver of a Volkswagen Golf car was suspected to have carried bags of imported rice and refused to wait for a security check. It added that members of the Operation Drill pursued and caught up with him, adding that he was brought to the checkpoint but later mobilised his colleagues from the motor park to attack members of the patrol team.

The customs stated further that though security agents repelled the protest by the smuggler and his colleagues, they didn’t use live ammunition, adding that the three youth who died during the clash were involved in an accident and their death was caused when their vehicle somersaulted.

The statement partly read, “The mob set the checkpoint, operational items and property of the operatives at the checkpoint ablaze. During the attack, an officer of the Nigeria Police Force sustained injuries and was evacuated for medical attention. After destroying the first checkpoint, the mob at about 2300 hours gathered more support in large numbers mostly from organised smugglers from other locations and mobilised to attack and destroy other operational checkpoints in the area. A section of the mob also proceeded on foot and in vehicles to the major operational base in Ilesha-Baruba where arms and ammunition, vehicles, seizures and other operational items were kept. The operatives mobilised to deter the attack and protect the operational base. Therefore, the operatives had to fire warning shots to deter further attacks to overrun the base.’’

Commenting on the development, Secretary, Baruten Patriotic Agenda, a socio-cultural and political group in the Batuno speaking council area, Mr Seko Jibril-Gure, said three youths were killed and nine others sustained injuries when they were allegedly shot at by security agents.

He added that six of the injured persons were on admission at the Cottage Hospital, Ilesha-Baruba, while one person in critical condition was transferred to the University of Ilorin Teaching Hospital where he was receiving treatment. He said that two others had sought treatment at traditional homes to remove the bullets lodged in their bodies.

He said, “The statement by the Nigeria Customs Service that they chased a Volkswagen golf used for smuggling rice was done to cover the atrocities committed by men of the Joint Border Operation Drill. It was an afterthought and a cover-up to save their faces. They demanded and collected bribes from commercial vehicles plying the Saki/Ilesha-Baruba Baruten border road and if they don’t give them, they result to torture the drivers.’’

He further said the protest was peaceful without any of the protesters bearing weapons, adding that, “anyone who says the youth were not shot should visit the Cottage Hospital in Ilesha-Baruba to see the injured. They should also make enquiries on the one we brought to Ilorin to confirm whether life bullets were fired at them or not.”

The Emir of Ilesha-Baruba, Prof. Halidu Abubakar, who earlier described the clash as unfortunate, affirmed that three people in the community died in the clash.

Condemning the use of live bullets by security men on defenceless citizens, the Emir said, “The incident was unfortunate. It was not smuggling but a case of payment of ‘booking fee’ to security men by the commercial vehicle drivers. Three people died of bullet wounds while about nine others sustained bullet wounds.

“The corpses of the three people who died in the incident were taken to the mortuary in Saki, Oyo State, because we have no mortuary facility. They were buried on Sunday. They all died of bullet wounds. Their death was not caused by accident as claimed by the customs. Nine others who sustained bullet wounds were receiving treatment in the hospital. Even two of them came to my palace this afternoon (Wednesday) to say that they were already okay, but I told them to return and stay in the hospital till Friday. We also learnt that the one taken to Ilorin is responding to treatment. He is now in a stable condition.

“I do not agree with the statement that the death of the three people was caused by an accident during the incident. That is not true. Even the customs intelligence officers who came for investigation after the incident discovered that the people were fired at by their men and that their death was as a result of bullet wounds sustained during the incident.’’

He also said he was not rescued by anyone during the protest, stating that no one attacked him on that day.

The Emir added, “No, I was not attacked during the protest. I drove myself round the places where the youth made bonfires and I talked to them to remove the bonfires. The incident happened around 9pm and I went out. There are two checkpoints in this place; one in the North and the other in the southern part. I drove myself round and I returned home at about 1am. Throughout the period, nobody attacked me and nobody rescued me from anyone. I can’t subscribe to a lie. They have made a mistake and they should own up to it. They should stop telling lies.”

The Speaker, Kwara State House of Assembly, Yakubu Danladi-Salihu, who is from the area, expressed displeasure over the incident.

In a statement by his Special Assistant on Media to the Speaker, Ibrahim Sheriff, the lawmaker lamented the circumstances that reportedly led to the clash.

Danladi-Salihu stated, “I am sad and displeased to receive news of the ugly incident that claimed the lives of young and promising members of my constituency and left scores injured in Ilesha -Baruba. The circumstance that reportedly led to the unfortunate incident was avoidable and will be unravelled.”

The Speaker condoled with the Emir of Ilesha Baruba, families of the dead victims and wished the injured quick recovery.

Danladi-Salihu further noted that he was working with the relevant authorities to ensure a thorough investigation into the matter to make sure justice was served.

He also appealed to residents of the community not to take laws into their hands, make peace reign and go about their lawful business without let or hindrance.  The state governor, AbdulRahman AbdulRazaq, also commiserated with families of the dead, saying the incident was sad and avoidable.