Investigations revealed that the children were stolen from Gombe State by one Hauwa Usman on October 19 2019 and brought to her accomplices in Anambra State. 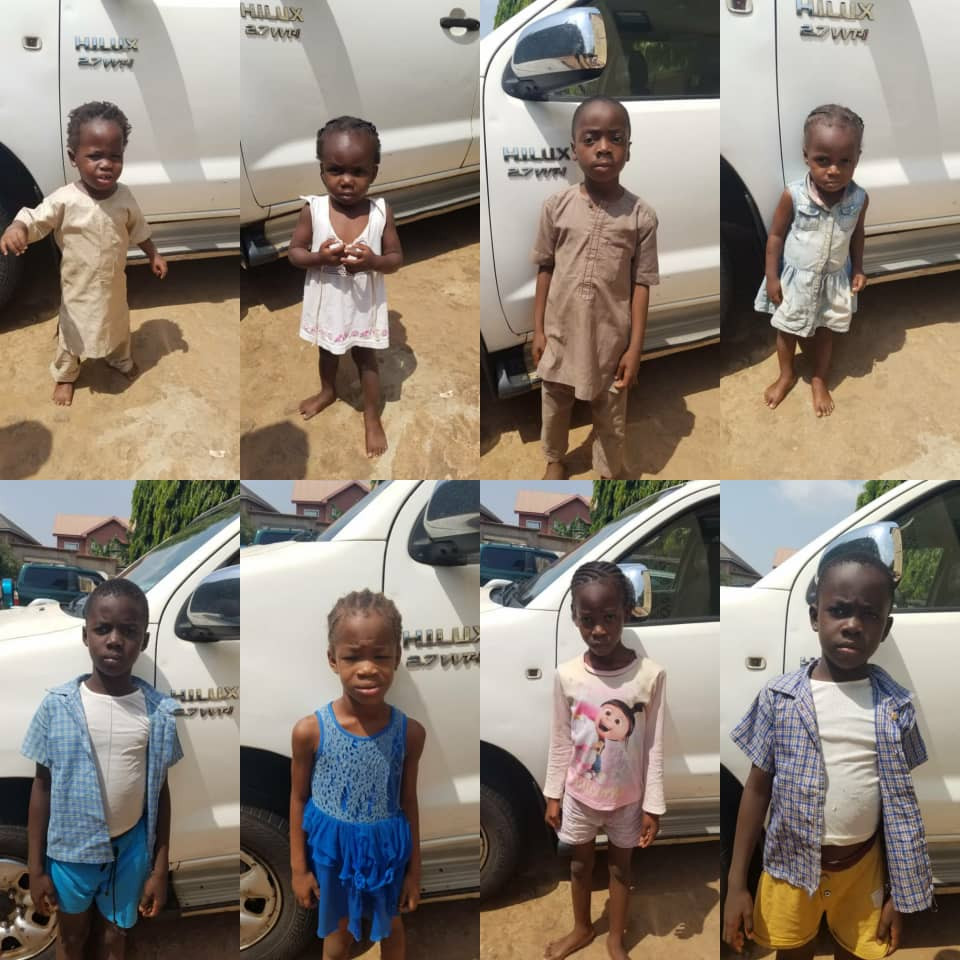 Some of the kids

According to the Anambra State police command, it has received eleven unclaimed children who were stolen.

The kids are suspected to have been stolen by one Madam Hauwa Usman on the 20th of October, 2019 in Gombe State and brought to her accomplice in Anambra state to sell them.

Investigations revealed that the children were stolen from Gombe State by one Hauwa Usman on October 19 2019 and brought to her accomplices in Anambra State. Haruna said following the Public announcement by the Command on October 27, 2019, parents of the two kids from Gombe state came to Awka and identified their children. He said the children have since reunited with their parents and that the suspects were handed over to the Gombe State Police Command for discreet investigation and prosecution.

''Upon interrogation by the police in Gombe State, Tthe suspects voluntarily confessed that they usually steal the children and bring to their sponsor, one Mrs Nkechi Odinye, here in Anambra State, who buys each child at the rate of between two hundred and four hundred thousand naira (#200 to 400,000), depending on their age bracket and gender.

Following voluntary confession by the suspects and while acting on a tip off,  Police detectives attached to 3-3 Division, in Collaboration with Operatives attached to the Command's Special Anti-Cult Section (SPACS), stormed the hideout of the principal suspect, one Mrs Nkechi Odinye, 'f', aged 55 years, and effected her arrest at Obosi in Idemili North Local Government Area of Anambra State. 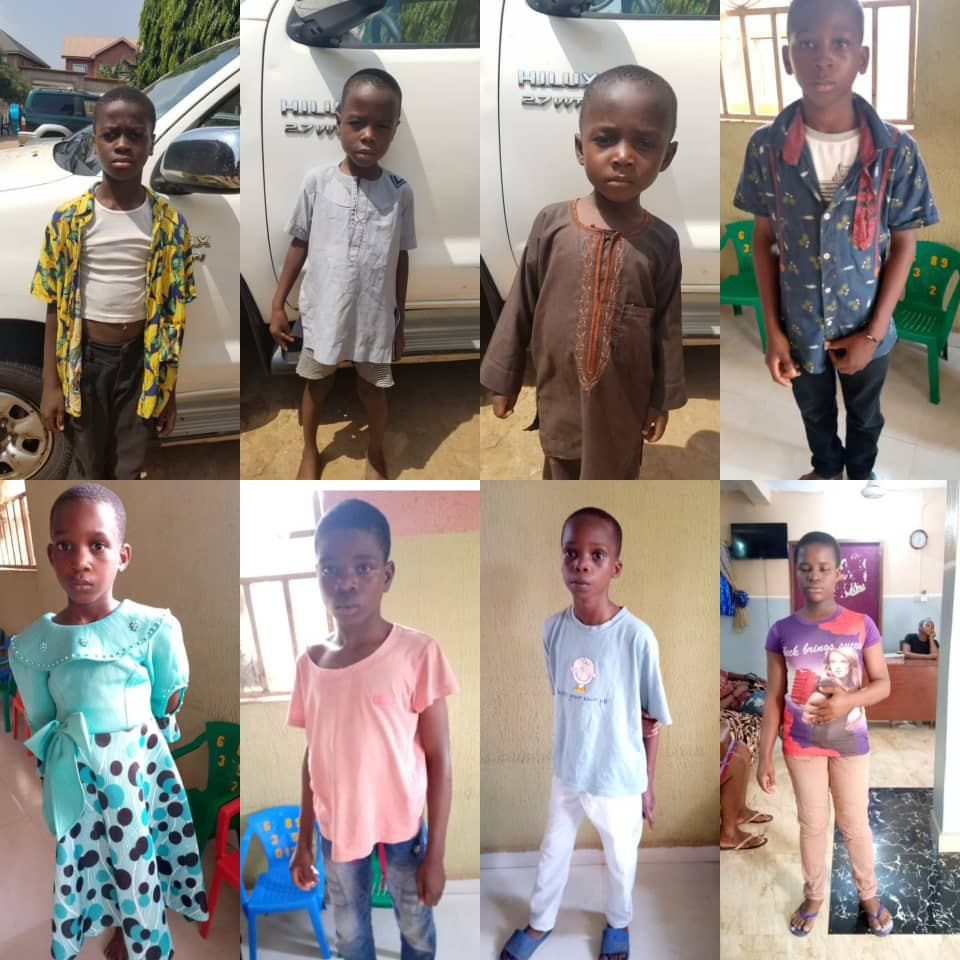 The Suspect had hitherto evaded arrest for over three years by changing locations until her arrest.The team equally recovered sixteen other children of various age brackets,comprising ten boys and six girls, reasonably suspected to have been stolen from different parts of the country under her custody.

Haruna said on Monday, January 18, the Gombe State Police Command returned eleven unclaimed children comprising Seven (7) boys and four (4) girls, back to the Anambra State Command where the children were originally found. He said the children have been handed over to the Anambra State Ministry for Social Welfare, Women's and Children's Affairs, for safekeeping until their biological parents emerge to retrieve them.

He said the command now has a total number of 18 unclaimed children rescued from suspected child traffickers.

The spokesperson asked the parents of the children to come forward to claim them. He said anyone with useful information about the found children should report at Area Command Onitsha, 3-3 Divisional Police Station, Nkwelle Ezunaka, or contact the PPRO, Anambra State Police Command, through GSM no 08060970639.