A man has died a painful death after being hit by a speeding car in Ihiala area of Imo state yesterday. 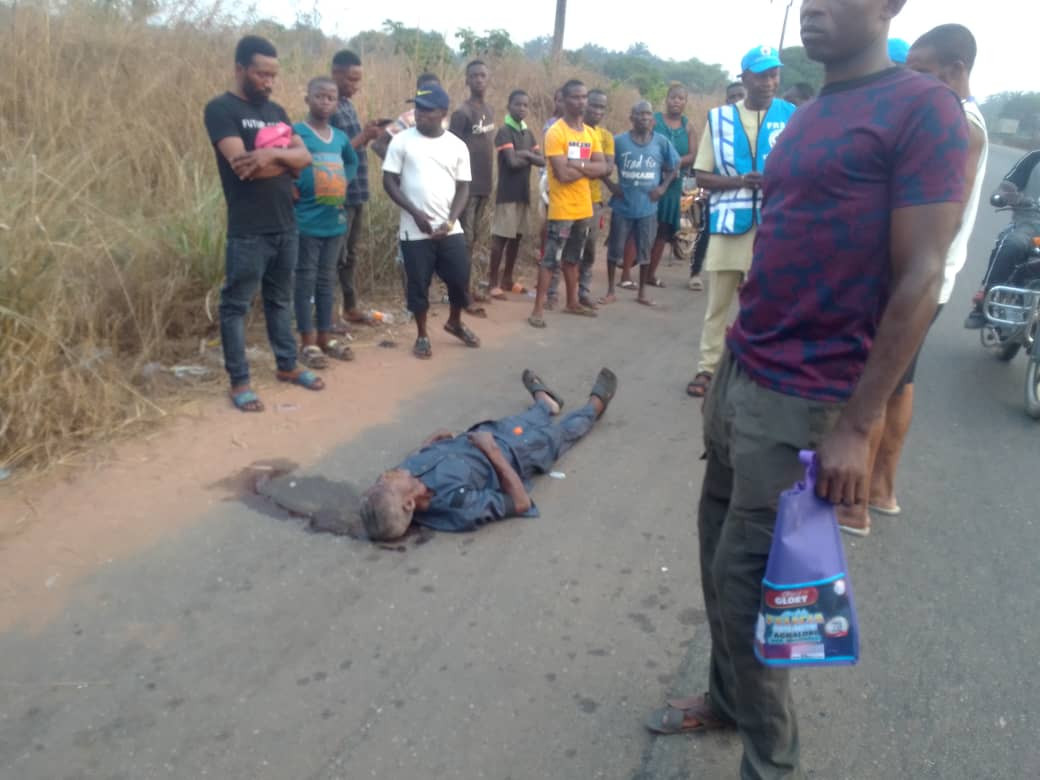 The man killed by a hit-and-run driver in Anambra state
A hit and run driver has tragically ended a man's life in Ihiala Owerri road, In Anambra state.
According to reports the driver disappeared after killing the unidentified man on Wednesday, January 20.
According to eyewitness, the yet-to-be-identified man was found lying in the pool of his blood by the roadside after he was run over by an unidentified driver.
A rescue team from FRSC Ihiala Command was alerted and on getting to the scene, found the man lying in a pool of his own blood, and there was nothing to identify him with.
He was taken to Arch Angel hospital where he was confirmed dead by the Doctor on duty, and his body has been deposited at a mortuary.
The Sector Commander Anambra State CC Andrew A Kumapayi FHNR who confirmed the incident warned drivers to avoid speeding especially in built-up areas, they should use the maximum speed limit of 50km/hr.
He also cautioned pedestrians to be watchful when walking along the road and not be distracted. They should use the safest means of crossing the road if need be.
Top Stories