Two students of the Nnamdi Azikiwe University, Awka have been arraigned for engaging in internet fraud. 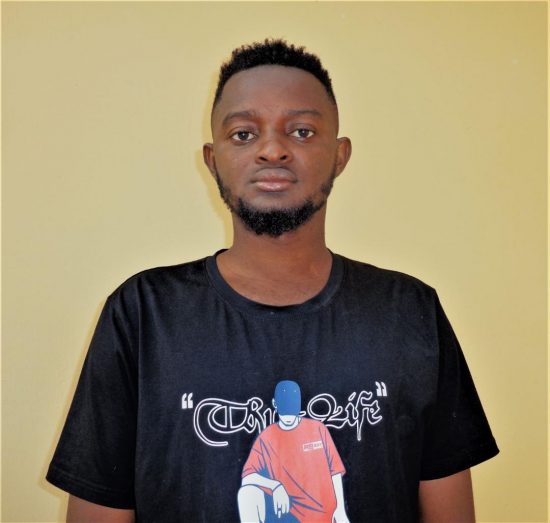 One of the students arrested by EFCC
Operatives of Nigeria's anti-corruption agency, the Economic and Financial Crimes Commission have apprehended two undergraduates suspected to be internet fraudsters.
The two students of Nnamdi Azikiwe University, Awka, have been arraigned on separate one count charge of cybercrime before Justice N.I Buba of the Federal High Court, sitting in Enugu, Enugu State..
The students, Genesis Arinze Daniel and Chinedu Ayogu Christopher were docked on Thursday January 21.
They pleaded not guilty to the charges preferred against them by the Enugu Zonal Office of the Economic and Financial Crimes Commission, EFCC.
The duo were arrested based on intelligence on their alleged involvement in cybercrimes and obtaining money by false pretences from the unsuspecting victims, mostly foreigners.
Investigation by the EFCC revealed how Genesis created and operated Google and Instagram accounts using stolen identity of Thomas Bradley, a United Kingdom national based in Florida,USA, to defraud other foreigners.
He also created Gmail account; [email protected] which he used to intercept emails messages and chats.
Genesis and Ayogu also engaged in fraudulent online Forex Trading Company.
They also served as ‘pickers’ for syndicate of fraudsters.
In view of the plea of the defendants, the prosecution counsel, Rotimi Ajobiewe asked for a trial date.
I.U. Okenwa, counsel to the students moved motions for their bail.
The motion was not opposed by the prosecution.
Justice Buba, after listening to both counsel admitted the defendants to bail in the sum of One Million (N1,000,000.00) each, and one surety each in like sum.
The Court adjourned the matter till 2 February, 2021 for commencement of trial.
Top Stories