The former governor dragged the minister for saying the security situation has greatly improved since APC came into power. 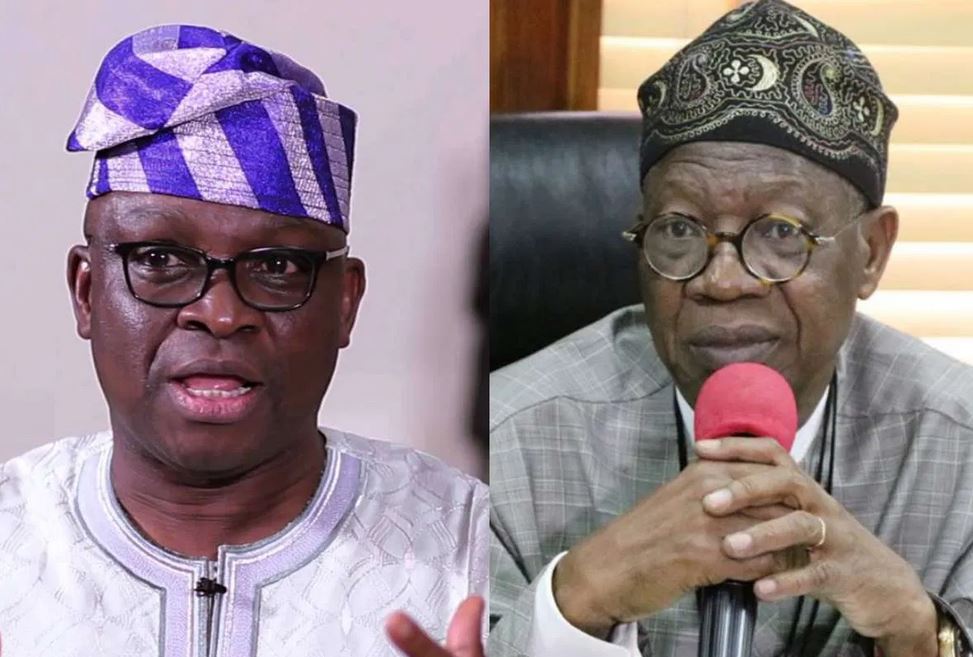 Ayo Fayose, the former governor of Ekiti state has attacked Lai Mohammed, the Minister for Information and Culture after he stated that the security situation has improved since Buhari assumed office in 2015.

The minister said this during a media briefing on the progress the government has so far made in the war against terror and banditry. The briefing took place in Abuja yesterday January 25.

Responding to a question from a journalist, Mohammed acknowledged the fact that there were challenges, but the country had recorded progress.

”As Minister of Information, Lai Mohammed has lost his moral obligation to Nigeria and its people. He is no doubt a Minister of Misinformation. He is not only a Lying Mohammed, he is Evil Mohammed.

At 69 years, it is a shame that he carries evil in his brain and vomit evil words through his septic-tank-like-mouth. It is a regret that at 69, that Evil Mohammed can open his mouth to defend insecurity in the country, comparing the situation now with what was obtainable in 2015.

Nigerians are not interested in comparing what happened before 2015 with what is happening now. Rather, they are interested in a secured country where they can carry out their daily activities without fear of being killed or kidnapped.

Unfortunately, this present APC govt has failed to secure Nigerians, with Aso Rock Villa fast becoming the only secured place in the country.”