According to Reno, Africans are poor because all they think of is s3x when it rains and not agriculture. 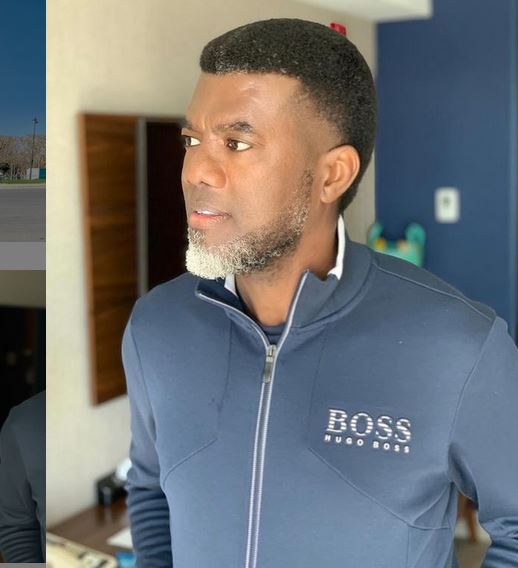 Reno Omokri, a former presidential aide and author known for his daily nuggets has reacted to the report of Bauchi carpenter who revealed that he wants 40 children.

It was reported yesterday that the 36-year-old carpenter in an interview with Leadership Newspaper, revealed that he is proud of becoming father of 13 children after his four wives gave birth within 3 weeks. With the new births, he now has a total of 13 children (10 boys and 3 girls).

Reacting to this, Reno Omokri stated that it is a symptom of why Africa is poor. According to him, Africans think of sex when it rains and not agriculture. 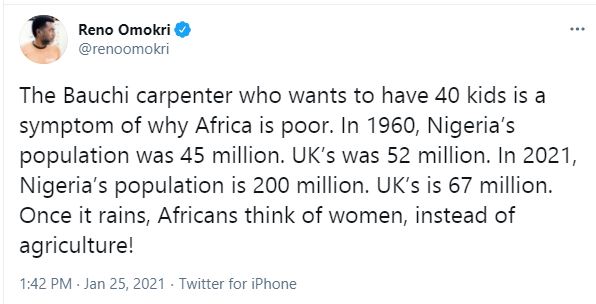