A huge sum of money in dollars illegally stashed in the account of a former Zamfara state governor has been recovered. 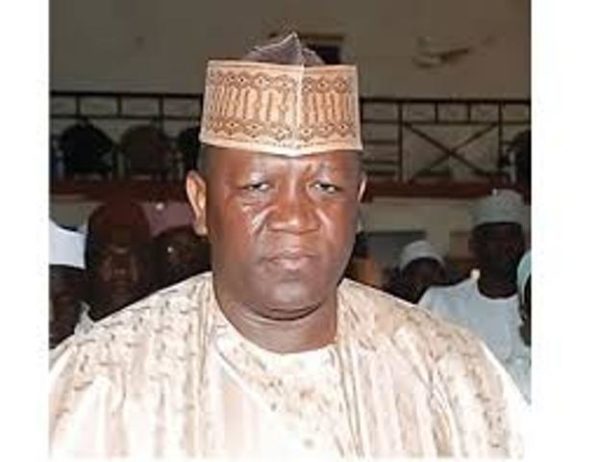 Yari
A court has ordered a former Governor of Zamfara state, Abdulaziz Yari to forfeited $669,248 and N24.3 million found hidden in his accounts.
The money is to be forfeited to the federal government.
The final forfeiture order was made today by the Federal High Court, Abuja.
Justice Ijeoma Ojukwu, in a judgment, held that the former governor had not shown good cause why the order sought by the Independent Corrupt Practices and Other Related Offences Commission (ICPC) should not be granted.
The ICPC had instituted a suit, praying the court for the former governor to show cause why the money under investigation should not be finally forfeited to the Federal Government.
While Yari, former chairman of the Governors Forum, was the first respondent in the suit marked: FHC/ABJ/CS/916/2019, his two companies; Kayatawa Nigeria Ltd and B. T. Oil and Gas Nigeria Ltd were 2nd and 3rd respondents.
Justice Taiwo Taiwo had, on Aug. 16. 2019, granted the order for interim forfeiture of the assets in an exparte motion brought by the commission’s lawyer, Osuobeni Akponimisingha.
The ICPC had alleged that the funds were proceeds of unlawful activity.
The money are funds allegedly stashed in the former governor’s personal accounts and companies belonging to him.
A breakdown shows that the sum of N12, 912, 848.68 was stashed in the former governor’s Zenith Bank account; N11, 159, 674.17 found in a Zenith bank account operated by Kayatawa and N217, 388.04 also in Zenith Bank belonging to B.T. Oil and Gas Nigeria Ltd.
The sum of $56, 056.75 was discovered in the former governor’s Polaris Bank account.
Another $301, 319.99 was kept in Kayatawa’s Zenith Bank account, while $311, 872.15 was found in BT Oil and Gas’ Zenith Bank account.
The judge also ruled that the Commission should publish the order of interim forfeiture in a national daily within 14 days, and that the affected parties should show reason why the funds should not be permanently forfeited to the Federal Government.
ICPC had approached the court through section 48 (1), (2) and (3) (a) and (b) of the Corrupt Practices and Other Related Offences Act, 2000, praying for an order of interim forfeiture of the alleged funds to the Federal Government.
Top Stories