The operatives, as gathered, stormed the area to effect the arrest of defiant commercial drivers, who disobeyed traffic regulations. 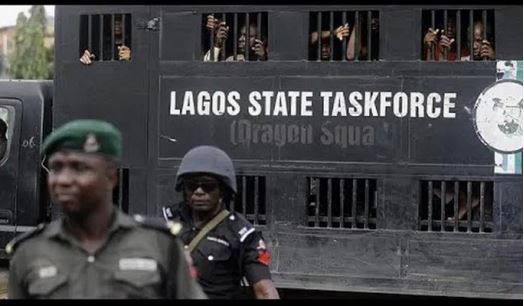 According to a report by Vanguard, a middle-aged man was crushed to death in Lagos state.

The man was crushed to death in Bolade, Oshodi area of Lagos, yesterday, during a stampede caused by commercial bus drivers, who were trying to evade arrest by policemen attached to the Task Force on Environmental Sanitation and Special Offences Unit.

The operatives, as gathered, stormed the area to effect the arrest of defiant commercial drivers, who disobeyed traffic regulations.

On sighting the operatives, the drivers attempted to flee the scene. Three persons were reportedly hit in the process.

We are not responsible, CP reacts

In a swift reaction to what was described as false news, Commissioner of Police, Lagos State Police Command, Hakeem Odumosu, exonerated his men from culpability, describing the incident rather, as a ‘Fatal Hit and Run’.

The CP, according in a statement issued by the spokesman for the command, Olumuyiwa Adejobi, said: “Today(yesterday) Tuesday, January 26, 2021, at about 6 am, the Divisional Police Officer, Akinpelu Division got a call that while the Task Force operatives were on an operation, some commercial buses, violating traffic regulations, at Bolade Oshodi area of Lagos State were trying to escape arrest, but unfortunately, one of the buses hit three persons and fled.

“On receipt of the information, the DPO, Nkiruka Ugwu, and a team raced to the scene. The corpse of a man, later identified as Emmanuel Samuel, was seen at the scene, in the pool of his blood, while two others injured were rushed to the hospital.

“Relations of the deceased were contacted and they quickly picked up the body for burial.”

While condoling with the bereaved family, Odumosu ordered the DPO to work with independent observers and eyewitnesses in the area to trace and bring the fleeing driver of the bus that knocked down the deceased and those receiving treatment in the hospital, to book.