An aide to President Muhammadu Buhari has lost his brother after bandits attacked their community in Kaduna. 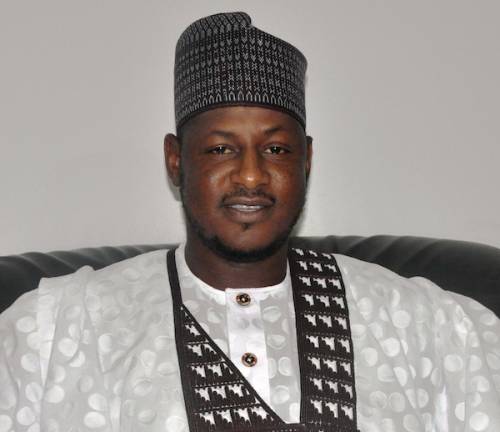 Director General of the Small And Medium Enterprises Development Agency (SMEDAN), Alhaji Dikko Umar Radda
It is not a good time for an appointee of President Muhammadu Buhari after losing his brother to bandits.
According to Sahara Reporters, Alhaji Aminu Umar Radda, a brother of the Director General of the Small And Medium Enterprises Development Agency (SMEDAN), Alhaji Dikko Umar Radda died on Wednesday from the gunshot wounds he sustained when bandits attacked his community, Raddah in the Charanchi Local Government Area of Katsina State.
The village head of the community and brother of the deceased, Alhaji Kabir Umar, was also abducted during the attack but was later released after an undisclosed amount of money was paid as ransom.
The gunmen were said to have stormed the residence of the traditional ruler at around 2:42am on Friday and shot Aminu before abducting the monarch.
Announcing his brother’s death on Twitter, the SMEDAN boss said, “It’s with deep sorrow and grief (that) I announce the death of my elder brother, Alh Aminu Umar Radda , funeral prayers will take place by 10:00am today, Thursday, 28th January in our hometown of Radda . May Allah grant him eternal rest and please include him in your prayers.”
Katsina, despite being the home state of President Muhammadu Buhari, has witnessed sporadic attacks by bandits and kidnappers that have claimed the lives of many.
No fewer than 300 people have been reportedly killed by the gunmen in Jibia, Kankara, Dutsinma, Musawa, Danmusa and Safana Local Government Areas of the state in the last six months.
Top Stories