A source indicated that Halima Ali is one of the girls believed to have escaped five years since the escape of her sister Maryam. 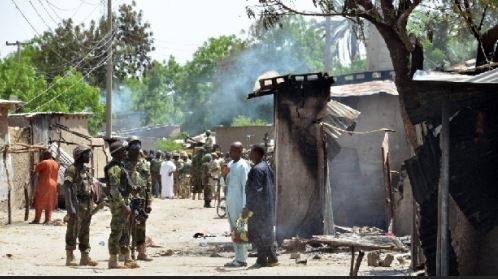 According to a report by SaharaReporters, it has been confirmed that a number of victims kidnapped by Boko Haram, including some of the abducted Chibok schoolgirls have escaped from their captors.

SaharaReporters also learnt that the escapees are still with the military.

A source privy to the information confirmed the news to SaharaReporters, saying, “They are many and not only Chibok girls alone; they are made up of a variety of women abducted by Boko Haram terrorists.”

It was that some parents had been contacted by government officials and may reunite with their loved ones in Maiduguri, Borno State, soon.

According to Daily Trust, some parents had been contacted by officials handling the girls and that they might be invited to Maiduguri on a later date.

A source indicated that Halima Ali is one of the girls believed to have escaped five years since the escape of her sister Maryam.

Halima was allegedly married off to a commander under the instruction of Abubakar Shekau a few months after their abduction from their boarding school in Chibok.

Her father, Ali Maiyanga, could not be reached for comment but a credible source said that friends and family members trooped to his house to congratulate the family on the good news.

When contacted, the Secretary, Chibok Parents Association, Lawal Zannah, said he had information that some of the girls had escaped but had not yet ascertained the number.

“We heard that some of our girls have escaped from the forest, but we are yet to get the details about their number,” Zannah said.

Since then, a number of them have regained freedom. 57 of the girls escaped the night they were kidnapped while three of the girls were later found.

The government said the 82 girls were swapped with Boko Haram prisoners.