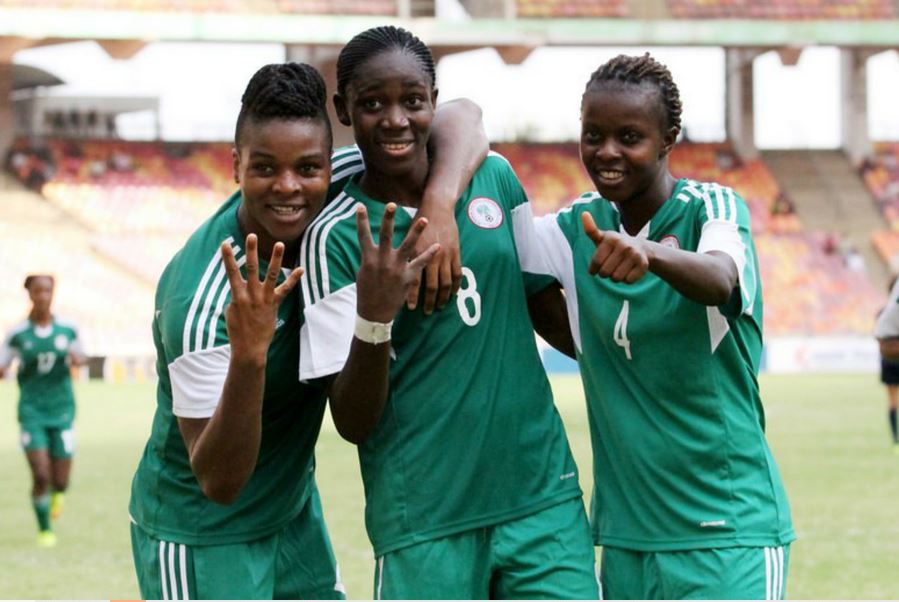 The Confederation of African Football (CAF) and International Federation of Football History & Statistics (IFFHS) African have added four Super Falcons players to the list of the team of the decade.

* Onome Ebi, Nigerian defensive stalwart and only African to play in 5 World Cups.

* Asisat Oshoala, 4 time African footballer of the year and captain of Nigeria.

* Gaelle Enganamouit, African footballer of the year 2015 and Cameroonian legend.