Photo of UniAbuja Students Protesting Hike in Tuition Fee, Others


Angry students have staged a protest against the management of the University of Abuja over the increase in tuition fee. 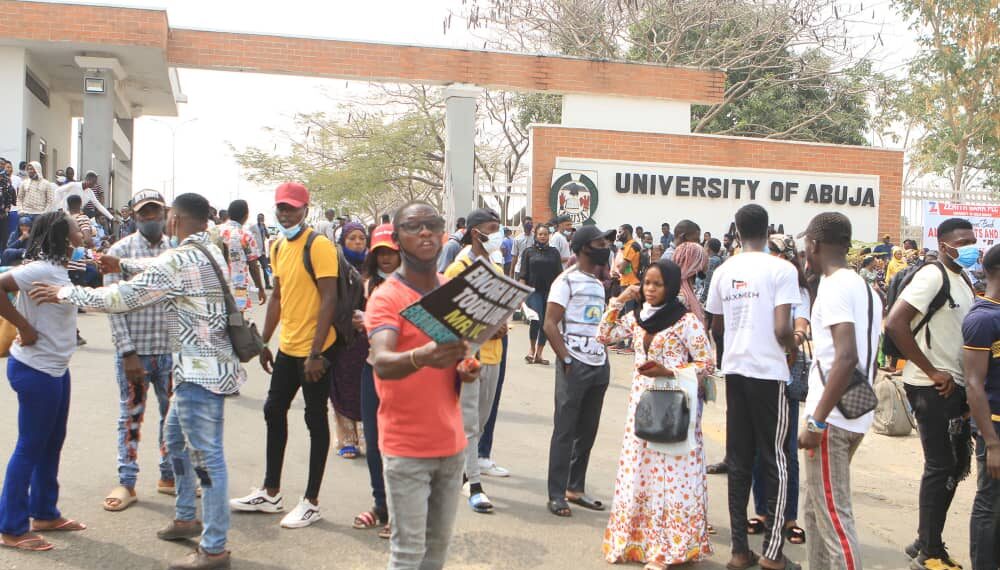 UniAbuja students protesting
The management of the University of Abuja, Gwagwalada, FCT has been asked to revert the tuition fee recently increased.
The students on Monday staged a protest along the Nmandi Azikiwe International Airport Expressway and main entrance to the campus expressing disappointment over the hike.
The News Agency of Nigeria reports that the students were also seen carrying placards with different inscriptions kicking against alleged closure of the portal meant for the payment of school fees and others.
Oladeja Olawale, the Student Union Government (SUG) President who led the protest told NAN that major demands of the students included reopening and extension of school fees portal to the end of the session.
Others, according to him include scraping of late registration fee, review and reduction in school fees ahead of next session and postponement of first semester examination from Feb. 8 to March 8.
Olawale said the expressway would be closed with the protest continuing till all their demands were met by the Vice-Chancellor of the University, Prof. Abdul-Rasheed Na-Alllah.
Reacting, the Public Relations officer of the University, Habib Yakoob, said the management would sit with the students union to address their demands.
NAN reports that the protest led to a serious gridlock along the expressway with motorists and other road users spending hours before reaching their destinations.
Top Stories