Rapper Blaqbonez Shows Off New Mansion, Visits Old Homes to Show How He Started From Nothing (Video)


A Nigerian musician has bought himself a majestic new home after revealing that he started from nothing to become something. 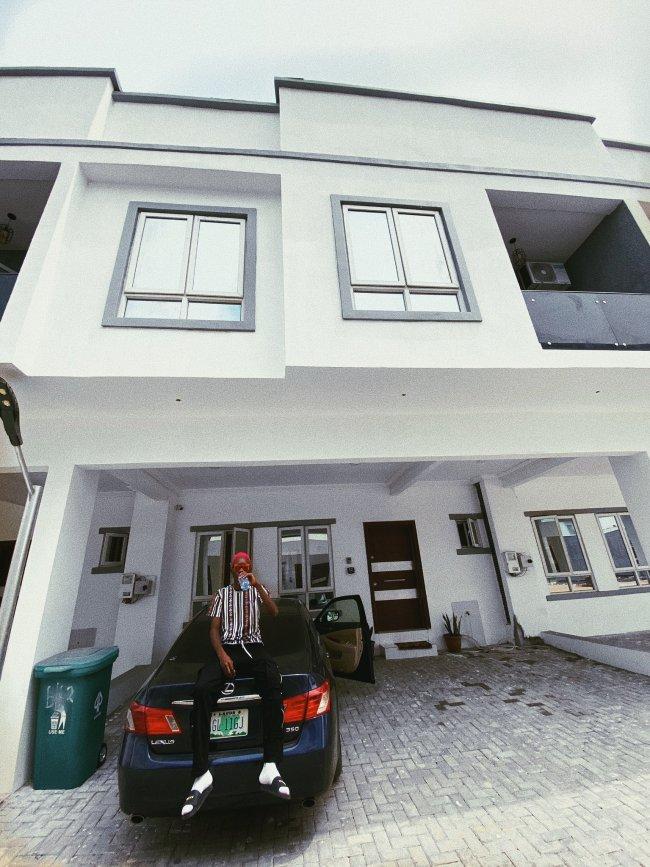 Blaqbonez
A Nigerian rap has thanked his fans for making him what he is today.
Rapper Emeka Akumefule aka Blaqbonez has showed off a new mansion he just acquired in Banana Island as he said his fans made it possible.
The rapper, who is signed to 100 Crowns, a Chocolate City sister company thanked fans as he paid a visit to the places he had lived in the past and showed off his new mansion in Banana Island.
He shared a video from his visit to his old neighbourhoods, namely; Ijesha, Shangisha/Magodo, Okota, Magodo/Magodo, Lekki county and Banana Island.
The ‘Haba’ crooner also uploaded images of himself chilling in the exterior part of his Banana Island mansion.
He captioned the images and video:
”i actually started from the bottom… y’all actually did this”
Checkout the video of his visit to his old homes;

its my birthday this Friday so i went to all the houses I’ve lived in so you can appreciate the growth 🥺🖤 pic.twitter.com/qHJahvR833