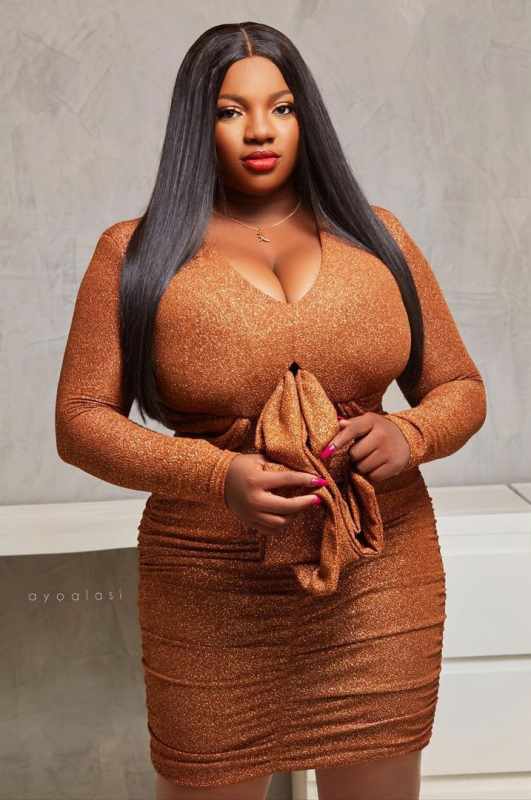 Dora
A young Nigerian girl has gotten the attention of people on Facebook for looking like Big Brother Naija's former housemate, Dorathy Bachor.
The Facebook user, Blessing Imoh Nsek shared a photo of herself on social media with many people taken by her look-alike features to that of Dorathy.
It all started with the celebrity look alike challenge where people post their photos and others comment on the celebrity they resemble.
Blessing shared a photo of herself looking just like Dorathy’s twin sister.
Sharing the photo, the busty celebrity look-alike wrote;
“Celebrity look alike challenge.,.. people say I look like dorathy bbn.”
Even though she looks younger than the reality star, the resemblance remains super noticeable as her followers agree with her in numbers.
See her photo below: 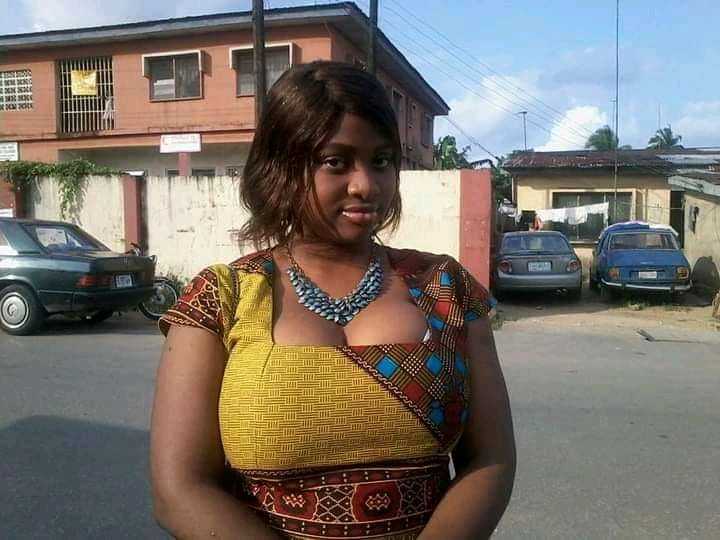 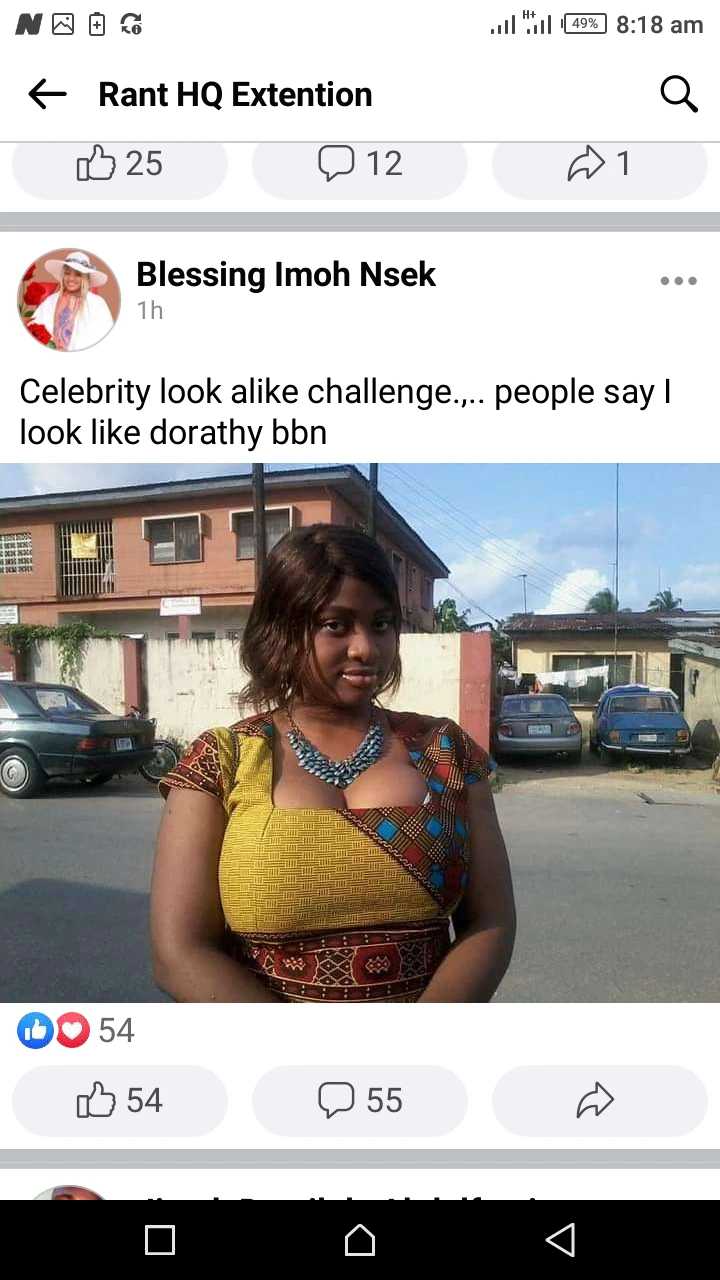