His cousin, Sunday Ukenya, who confirmed the incident to Akoko, said that Elijah was arraigned in court on Tuesday, February 2 and later remanded. 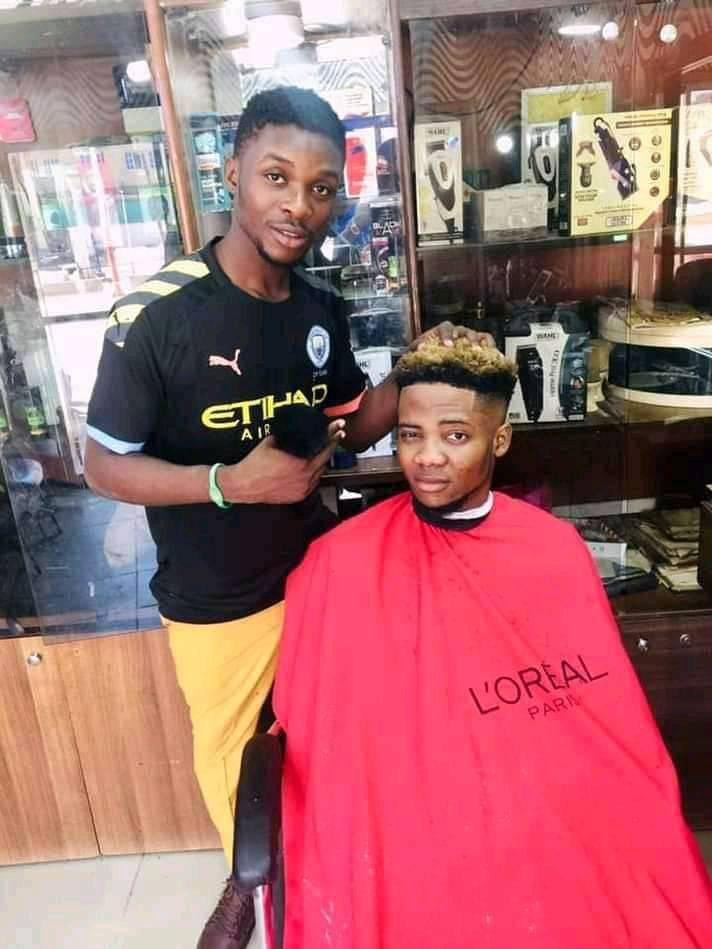 One Elijah Ode, a young barber from Benue State has been reportedly arrested in Kano.

The man was reportedly arrested for blasphemy.

According to a Benue activist, Smith Akoko, the young man, who is also a student, was arrested last Wednesday, after two of his customers were caught with hairstyles deemed blasphemous to the Islamic religion.

His cousin, Sunday Ukenya, who confirmed the incident to Akoko, said that Elijah was arraigned in court on Tuesday, February 2 and later remanded. Read the report below:

Elijah Ode, a resident of Kano from Adum East, Obi LGA of Benue State, who combines barbing with studies and is domicile in the Sabon Gari town of the state was reported to have been in the net of Islamic religious extremists, who believe he has committed blasphemy in the cause of his work as barber.

Report says Elijah, who is well patronized by young people for possessing exceptional skills in trendy haircuts, attracted the wrath of the extremists last week Wednesday when two of his customers were tortured to stupor for designs claimed to be blasphemous to the Islamic religion.

Thereupon, Elijah was traced to his barbershop, where he was arrested for complicity, and has been in Police detention with the two customers since last week.

According to information obtained from his cousin, Mr Sunday Ukenya, the young barber did not design the hairstyles with the intention to provoke. He said he was only being innovative doing his work as usual to eke a living and pay his fees at his tertiary institution of study in Kano, where he sponsors himself.

Ukenya also added that the case is already in the court of law at the wish of the aggrieved Muslims with first session being yesterday. He expressed sadness, however, that all efforts by the young barber's lawyer to bail him proved abortive for the claim that it is a major case and is as a result not bailable.

At the moment, the family has run out of hope, soliciting intercessory prayers as the reality of incarceration stares Elijah in the face. And indeed, jamesibechi.com can confirm that unless prayers are offered or reputable human rights activists from across the globe rise up for the defenceless self-sponsored young barber, the reality may be undesirable but inevitable. 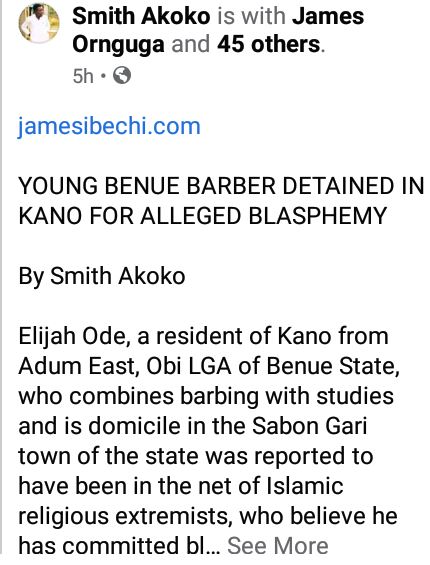