"Forgive Me If I Insulted You": Activist Sunday Igboho Pleads With Ooni Of Ife


According to the activist, he did not insult the monarch and if he did, he has pleaded for forgiveness. 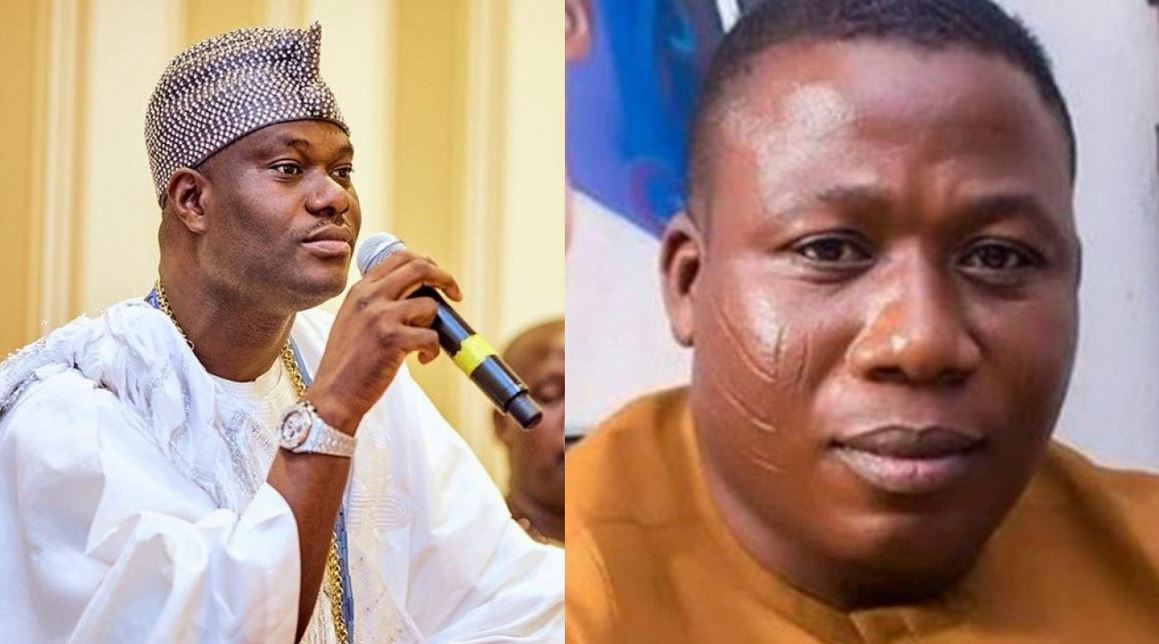 Sunday Igboho, a popular Yoruba rights activist, has pleaded with the Ooni of Ife, Oba Oba Adeyeye Ogunwusi over the distasteful comments made about him.

Igboho had earlier stated that the Ooni of Ife, Oba Adeyeye Ogunwusi, disappointed the Yoruba people when he visited the President Muhammadu Buhari and refused to discuss with him issues bothering on killer Fulani Herdsmen ravaging the south west.

The activist stated this on Wednesday morning at a virtual Townhall With Yoruba In Diaspora, The Punch reports.

“The monarchs are now afraid but we must keep praying for them to be united with one voice. They should not be afraid of arrest at their age. Some of them don’t even grant audience at their palaces any longer. So, everything is now in God’s hands.

“When Ooni met with Buhari over the herdsmen issue, Ooni should have told Buhari the truth but he did not. When Ooni returned, he started tackling me to leave the remaining task to the government to finish. You can imagine that kind of talk?

“Alaafin of Oyo has asked me to meet him over the matter. Alaafin should have been the one invited to meet Buhari but since the Ooni was invited, he should be bold to tell the President the whole truth and make the demands of the Yoruba people known to the President.

“The Ooni disappointed himself. Some politicians are behind Ooni’s latest move. He invited me to his palace but I refused to go. I would have gone if he had represented us well but he did not. I won’t honour any monarch who does not cooperate with me. Enough is enough, the Fulani have done enough.”

But Igboho in another interview with Isokan Omo Oodua TV said people said he insulted the Ooni of Ife, saying that he and the monarch just spoke on phone, as well as with the Olugbon.

Igboho noted that the Yoruba tradition did not permit the insult of elders.

“But because I was pained by the issue, my tongue was caught up in the moment. I spoke according to how pained I was. It wasn’t the Ooni alone I directed my words at, I also did to other elders.

“It’s a case of father and child. I and the monarch have spoken as well as the Olugbon. I did not insult the Ooni. And if it appears as if I did, he should forgive me,” he said.